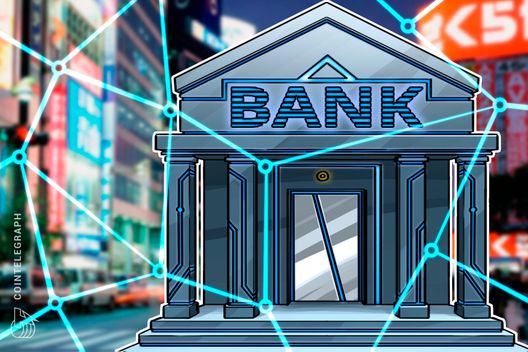 Bank holding Capital One has applied for a patent for the development of a blockchain-powered user authentication system.

American bank holding corporation Capital One has filed a patent application for the implementation of blockchain technology in user authentication, according to a filing published by the U.S. Patent and Trademark Office (USPTO) August 16.

According to the document, the inquiry is a continuation of a patent application submitted by Capital One to the USPTO in June 2017. The proposed system is designed to receive, store, record, and retrieve authentication information for a user in multiple blockchain-based member platforms.

The filing says that recording of users’ personal data in blockchain can “enable members of the authentication system to retrieve user identification data from a database using the authentication information.” The document provides a use case example of the system for “authentication in the context of a business process subject to statutory or regulatory requirements, such as ‘Know Your Customer’ requirements.”

The patent further explains that such types of authentication requirements “can impose time and resource burdens on the institutions,” adding:

Per the document, the proposed system would be non-repudiable in order to prevent users or establishments from “later challenging authentication records as false or inaccurate.” Additionally, the system will limit the sharing of personal information between users and institutions.

In 2016, Capital One partnered with LA-based blockchain company Gem in order to solve the problem of health providers’ long wait of getting paid by insurance companies. Capital One said then that “blockchain technology connects the ecosystem to universal infrastructure, and shared infrastructure allows global standards that do not compromise privacy and security.”