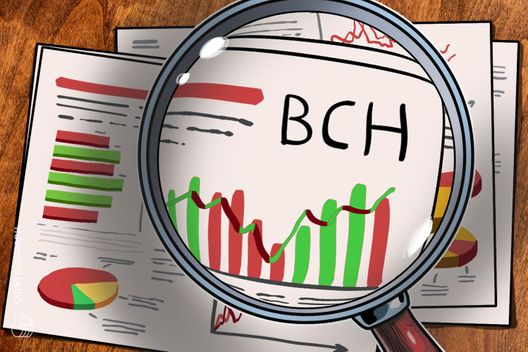 Cryptocurrency trading platform Crypto Facilities has added Bitcoin Cash (BCH) to its list of futures products, announcing in a press release that the product would go live at 4PM BST Friday, August 17.

Crypto Facilities, which rose to prominence when it partnered with CME Group on its first-of-its kind Bitcoin futures in December 2017, said the move reflected Bitcoin Cash’s status as a “top five coin” by market cap.

“We are pleased to be expanding our cryptocurrency derivatives offering with the launch of [Bitcoin Cash] futures,” CEO Timo Schlaefer commented in the release.

“BCH is a top five coin with a market capitalization of around $10 billion […] and we expect our new contracts to spur the evolution of the crypto markets by bringing greater liquidity and transparency to the digital asset class.”

Prospective investors will now be able to gain exposure to BCH in what reportedly constitutes the first FCA-regulated futures options for the cryptocurrency.

The move comes at a time when Bitcoin Cash is receiving mixed press attention over purported plans by mining giant Bitmain to perform an Initial Public Offering (IPO) in the near future.

The company had traded almost all its Bitcoin holdings for Bitcoin Cash, leading many commentators to raise concerns over giant liquidity problems due to BCH’s relatively illiquid trading market.