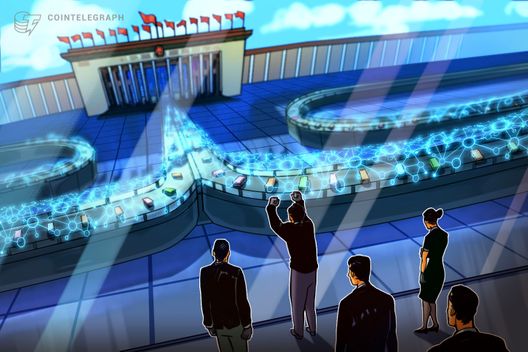 The city of Shenzhen and a state-owned aerospace firm now use blockchain to keep track of invoices.

China has been on the verge of blockchain adoption as of late. The technology, in fact, has become part of the country’s national, president-signed program. The latest advancement in the field relates to the country’s old corruption staple — fake invoices used to embezzle corporate and state funds.

Tax authorities of the city of Shenzhen and a state-owned aerospace firm have recently turned to blockchain for immutable and transparent record-keeping, steadily putting an end to paperback corruption.

To understand the nature of the latest blockchain solutions for China’s invoicing system, its general context should be explained first. Essentially, it revolves around the concept of the so-called ‘fapiaos’ (the Chinese word for an official invoice), which is a legal receipt that serves as proof of purchase for goods and services.

Fapiaos are issued by the Chinese Tax Bureau — but provided by the seller — for any goods or services purchased within the country. The Chinese government uses these invoices to track tax payments and forestall tax evasion. Individuals need fapiaos to reclaim business expenses, while companies are obliged to record their transactions on a fapiao — failing to do so violates the law.

However, the fapiao system, which was established back in the 1980s, is largely corrupt. As a New York Times article suggests, those tax invoices are openly sold on the streets, which are either original ones that weren’t claimed in the first place or high-quality replicas. Buyers use them to evade taxes and cheat employers: Essentially, a Chinese individual can obtain any kind of fake receipt — from travel receipts to value-added tax (VAT) receipts. Finding them does not necessarily require having deep connections to the black market, as promotions for counterfeit fapiaos are sent via text messages or even advertised on Taobao.com, where sellers offer special discounts and same-day delivery of those documents, as NYT article reveals.

Even the state-run agencies are involved in the grand scheme. In 2010, for instance, the National Audit Office claimed that it detected central government departments embezzling as much as $21 million through the use of fake invoices. Wang Yuhua, an assistant professor of political science at the University of Pennsylvania and the author of a study on corruption in China, told New York Times:

“Their salaries are relatively low. So they supplement a lot of it with reimbursements. This is hard to monitor.”

Tax evasion is a serious crime in China — sometimes punishable by death — but that doesn’t seem to hinder the counterfeit fapiao industry. Although state authorities boast impressive statistics on the matter (in 2009 alone, they reported detaining 5,134 people and closing 1,045 fake receipt production sites), the system is alive, and fapiaos are sold even in hotel gift shops. However, there is a technology that might finally tackle the system with some effect.

While Bitcoin and other cryptocurrencies are often blamed for cultivating corruption — this remains to be one of the most commonly used arguments for conservative politicians and businessmen who are skeptical about the prospects of crypto — its underlying technology represents an efficient tool for fighting it. Blockchain, being an immutable, decentralized and encrypted ledger, can provide a clear record of any transaction that took place on it, any time of the day, thereby solving the problems of over-reporting, false-reporting and other true-false inconsistencies in the process of invoice circulation.

Hence, the prospect of applying blockchain to fight the fapioas might seem especially attractive for Chinese authorities. It became possible after the Shenzhen National Taxation Bureau teamed up with local internet titan Tencent — the developer of the one billion-user social media app WeChat — to fight tax evasion back in May. In the vein of their collaboration, they formed an “Intelligent Tax” innovation lab that aims to promote a technological approach to the field of tax, including the use cloud computing, artificial intelligence, blockchain and Big Data, the press release argued.

The release also explicitly outlined the first aim of the collaboration, as Li Wei, deputy director of the Shenzhen Municipal Bureau of State Taxation, claimed that Tencent’s success in the application of blockchain for invoicing would help to fight the issue of fake fapioas and “improve the invoice supervision process.”

On Aug. 10, local news platform EEO reported that China’s first digital invoice on the blockchain was issued in the city of Shenzhen, where the aforementioned collaboration was announced.

Thus, Tencent has created a pilot blockchain ecosystem for invoices designed for comprehensive use by consumers, merchants and tax authorities, according to local publication. The debut invoice was issued by a local restaurant, while several other Shenzhen businesses have already been granted access to the system, including a parking lot, auto repair shop and cafe.

Cai Yunge, the general manager of blockchain at Tencent, was quoted by EEO as saying that the new system achieves “a frictionless link between consumer scenarios and tax services.” Consumer payments are facilitated through Tencent’s WeChat, and an invoice suitable for further inspection and management by tax authorities is reportedly generated in “one click.”

Conversely, processing a traditional invoice takes multiple steps and requires a lot of time: When a consumer completes a transaction, they must wait for the merchant to generate the invoice, file it away safely, complete a returns form in the Finance Department, wait for the documents to be processed and then finally receive their returns.

As EEO explains, a blockchain-backed e-invoice only requires the customer to perform one click on the WeChat app during the checkout. After that, they just have to wait and track their reimbursement status in real time via the app. The process leaves no room for forging or over-reporting. Moreover, the technology also has the advantage of improving data privacy through encryption and of providing an overall cost-effective streamlining of processes, as multiple reviewing parties have been excluded from the process.

The next player to adapt blockchain for fighting invoices-induced corruption is the state-owned China Aerospace Science and Industry Corporation Ltd.

According to an article in the official state newspaper, People’s Daily, that was republished by the State Administration of Science, Technology and Industry for National Defence, blockchain will help innovate the supervision of invoices for tax purposes nationwide.

As the article suggests, electronic invoices are on the rise in China: In 2017, there were around 1.31 billion electronic invoices in circulation, and by 2022, the number is expected to hit 54.55 billion, as the projected average annual growth rate constitutes over 100 percent.

China Aerospace, in turn, uses electronic invoice services that are end-to-end, covering issuance, delivery, filing, inspection and reimbursement for the country’s taxpayers and authorities. It has already issued some 2.5 billion invoices to date, as per the People’s Daily article.

However, such an e-invoice system, like the traditional one, is not safe from over-reporting, false-reporting and traceability issues. Hence, China Aerospace has now created a blockchain system to allow for authenticated and “credible” invoice issuance, traceable circulation, and efficient and cost-effective oversight by tax authorities — just like in Shenzhen.

China Aerospace’s representatives are confident about fighting the fapiao corruption at its root with blockchain technology. As a company representative told People’s Daily, the technology will finally resolve the industry’s “pain points.”