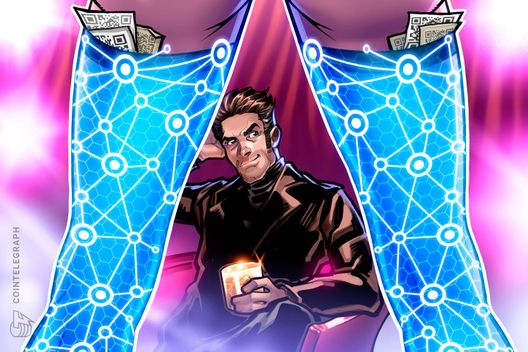 Adult entertainment site Tube8 is looking to reward viewers with crypto tokens on a blockchain-based platform developed by VIT.

As Robin Turner, the spokesperson for Tube8, told Hard Fork, the platform will gives users the chance to “get paid to consume our free content,” rather than users “having to fork over money to consume content, which some sites require.” He goes on to state:

“Considering the popularity of cryptocurrency right now, it only made sense to pay [users] for watching, and interacting with, our videos. We value their attention and want to keep them coming back for more!”

According to Turner, Tube8 believes that this new user-engagement model that allows users to earn Vice Tokens — which essentially operate as utility tokens — will be “a paradigm shift in how people consume adult entertainment.” This strategy is designed to keep viewers on their site, as Turner explains to Hard Fork:

“Whereas before users would log in, watch a few videos and leave, VIT incentivizes them to create an account and interact with the content to generate Vice Tokens.”

As with many platforms, Tube8’s plans to tokenize could suffer from problems of scale. VIT is an ERC20 token based on the Ethereum blockchain, which presently can handle about 15 transactions per second. With the current number of daily visitors, the only way to tokenize the site without choking up the blockchain, would be to run the reward system on a centralized server.

But as Cointelegraph recently reported, VIP is now engulfed in a heated dispute with perhaps the most recognizable name in the adult entertainment industry, Playboy. After Playboy accused Canadian firm Global Blockchain Technologies (BLOC) of fraud and breach of contract, VIT was caught in the crossfire. VIT’s CEO Stuart Duncan is now accusing Playboy of taking “the equivalent of millions of dollars,” according to an AVN report.