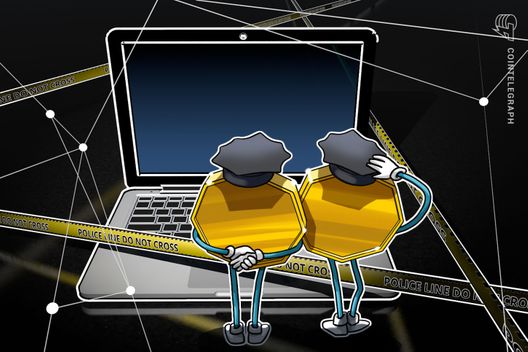 Indian police have arrested a man who was allegedly involved in promoting the Bitconnect investment scam.

Indian police have arrested a man who was allegedly involved in promoting the Bitconnect investment scam, Financial Express reported August 18.

The suspect, Divyesh Darji, is said to have been the India head of Bitconnect, the high-yield investment program that ceased its operations in January 2018 after coming under scrutiny for appearing to be a fraudulent Ponzi scheme.

Darji, a resident of Surat city, had reportedly already been issued with a look-out circular and was arrested August 18 in Delhi airport, after a tip-off from local immigration services. Financial Express cites Inspector P G Narwade of Criminal Investigation Department (CID-Crime) of Gujarat police as saying that:

“[Bitconnect] came into existence in 2016, and in 2017, it launched the BitConnect [BCC] coin. It remained active till January this year. It released 2.8 crore [28 million] coins, out of which 1.8 crore [18 million] coins were sold to investors. The accused held seminars, events in India and other countries promising high interest — daily interest rate of 1 per cent — on investment in BitConnect coins.”

Narwade added that the cost of one BCC coin on January 16, 2018 – the date on which Bitcoinnect formally closed its operations – was $362.

According to Financial Express, a recently filed Freedom of Information Report (FIR) shows that this is the third case under investigation by the Surat unit of CID. Local promoters of Bitconnect are alleged to have fled with 1.14 crore (11.4 million) rupees worth of Bitcoin from one investor.

The CID further claims that staff at the Bitcoinnect office in Surat admitted that promoters had overall amassed “crores [tens of millions] of rupees from thousands of investors.”

The CID was reportedly initially alerted to the scam following allegations from another Surat resident, Shailesh Bhatt, who had claimed to have been kidnapped and robbed of 90 million rupees worth of Bitcoin by local police.

As it subsequently emerged, Bhatt had himself been implicated in the alleged extortion of 1.55 billion rupees’ worth of crypto and cash at gunpoint – including 2,400 bitcoins – from two accomplices of another local Bitconnect promoter, Satish Kumbhani. Bhatt, himself a Bitconnect investor, had reportedly held Kumbhani responsible for the loss of his own funds.

In the midst of the CID’s investigations into this web of incidents, Bitconnect suddenly ceased its operations, meaning that scores of investors were no longer able to redeem or trade their BCC holdings.

As Cointelegraph has previously reported, BCC reached the summit of its popularity in December 2017, when the token’s market capitalization hit about $2.7 billion. Just days later, on Jan. 4, the state of Texas issued a cease and desist order against BitConnect for the selling of unlicensed securities, triggering a crash of the BCC token and the platform’s closure.

Since then, former BitConnect investors have been pursuing a class action lawsuit seeking compensation from the company.

The case has drawn widespread condemnation from the crypto community, including Ethereum’s Vitalik Buterin.