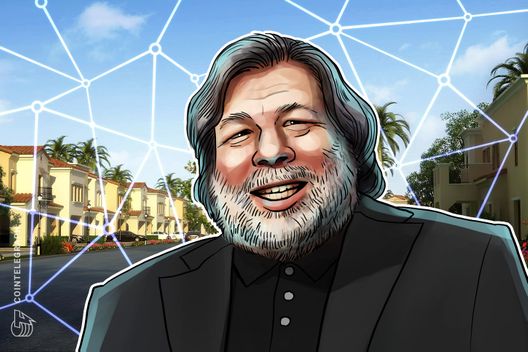 Steve Wozniak, co-founder of Apple, reveals plans to get “involved” in a blockchain startup for the first time, praises the technology.

Apple co-founder Steve Wozniak has announced that he plans to get “involved” in a blockchain project in what is a “first” for him. The statement was made at the ChainXchange blockchain conference and reported by NullTX news site August 19.

At the ChainXchange conference, held in Las Vegas, U.S. August 13-15, Steve Wozniak revealed in an interview that he plans to participate in a blockchain startup, praising the benefits of the technology. He said:

“I’m involved with, very soon, my first time being involved in a blockchain company. <…> Our approach is not like a new currency, or something phony where an event will make it go up in value. It’s a share of stock, in a company. This company is doing investment by investors with huge track records in good investments in things like apartment buildings in Dubai.”

Apple co-founder further explained his fascination with the blockchain technology:

“It’s so independent! It’s kind of like the internet when it was brand new… I was amazed at the technology behind it. <…> I’ve encountered people working in real estate avenues, types of Uber systems, everything we’ve got in our life, especially involving transactions <…> Every single one you hear about, to me, has value…. A few people can see the value, which reminds me very much of the early internet days.”

Wozniak also compared the Ethereum (ETH) platform with the Apple’s App Store, as both allow thousands of companies and individuals to develop and run their own applications: “Ethereum provides the tools for a blockchain application of your own… I see more people using Ethereum that way.”

Earlier this spring, Wozniak had called blockchain tech a “bubble”, even though it is “decentralized and totally trustworthy,” as Cointelegraph reported June 27.

Despite his ambiguous stance on blockchain, Steve Wozniak admires Bitcoin, having said that it is “the only digital gold” during an interview June 4.