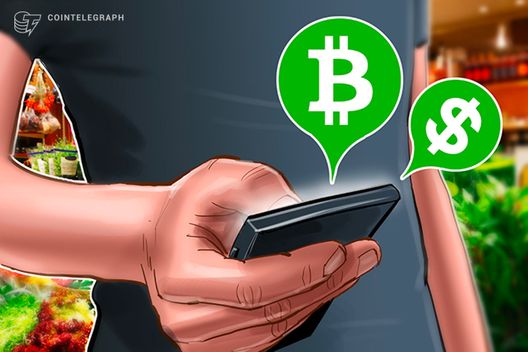 After analyzing 17 leading crypto exchanges, analysts found that Bitcoin Cash use in commerce has significantly decreased.

A review of payments received by the world’s 17 largest crypto exchanges has shown that Bitcoin Cash (BCH) use in commerce has decreased, according to blockchain analytics firm Chainanalysis, Bloomberg reported August 20.

A group of analysts from Chainanalysis found that BCH payments dropped to $3.7 million in May from $10.5 million in March, while the volume of Bitcoin (BTC) payments was estimated $60 million in May, down from a high of $412 million in September. Kim Grauer, senior economist at Chainalysis, said in a phone interview with Bloomberg:

“There are fewer users of Bitcoin Cash, fewer holders.”

This year, the BCH price decreased by 75 percent, while BTC dropped by about 55 percent. Grauer sees “concentrated ownership” as the reason for the low BCH adoption rate, where almost 56 percent of the cryptocurrency is controlled by 67 wallets that are not located on exchanges.

Between 10,000 and 100,000 BCH are held by two wallets. Grauer said it is possible that “the wealthiest holders are the ones sending a lot of the traffic to merchant services.”

BCH appeared a year ago after a hard fork from the BTC blockchain. While the launch of BCH caused controversy in the community, BTC.com vice president of business operations, Alejandro de la Torre told Cointelegraph about the importance of the fork:

“The ability to make forks while keeping the community aligned was a great achievement. By providing much greater bandwidth per block by first increasing to 8 MB and then again to 32 MB. This additional room is more than what is needed right now, but BCH seems to be looking ahead and getting ready to process high volumes of traffic. The greater block size also enables BCH to store more information in each transaction, giving the blockchain space to write smart contracts on-chain at low costs.”

According to data from Coinmarketcap, even with the recent decline BCH is still the fourth largest cryptocurrency, with a market capitalization over $9 billion. At press time, BCH is down almost 9 percent and is trading around $522.