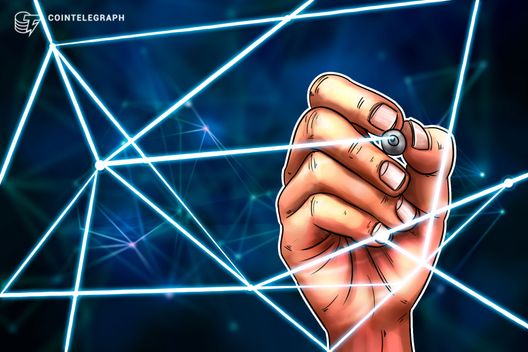 Blockchain may be thriving, but there’s one challenge that stands in its way: scalability. Can the technology adapt to satisfy the ever-growing user demand?

What exactly is the problem?

Cryptocurrencies and blockchain are increasing in popularity and gaining public awareness, but there’s a risk the technology will be unable to keep up with demand.

The biggest names in the business, Bitcoin and Ethereum, use blocks to process transactions. However, in the early days of their development, the maximum size of these blocks was limited — in Bitcoin’s case, to just 1MB.

Although this mechanism was designed to make Bitcoin more secure, it hasn’t helped the network become future-proof. With each transaction comes data, and with a maximum size of 1MB per block, there’s only so many payments that can be processed at once.

Sadly, Ethereum has a similar problem — as its co-founder Vitalik Buterin himself admitted. The network has a maximum capacity of 15 transactions per second, and he warned that if the status quo remains, the industry’s infrastructure will be unable to cope.

So… why not just increase the capacity?

Unfortunately, this isn’t as simple as releasing an overnight update.

Although most people in the crypto world agree that frameworks and scalability need to be addressed if the industry has a chance of overtaking fiat financial institutions, coming up with solutions takes time and a lot of effort.

In part, this is because any proposal has to have the support of miners, developers, businesses and other stakeholders before it can be enforced — a process which can take months and, even then, end in disagreement.

A good example comes with Bitcoin, where there have been active discussions to change its block size over the years. Here was the problem: While some were content with doubling it to 2MB, others wanted to be bolder and go to 8MB or even 32MB, with no proposal gaining enough traction to be adopted.

In May 2018, Bitcoin Cash (BCH) successfully activated an upgrade which quadrupled its block size to 32MB. It is hoped that the increase will allow the cryptocurrency to cater to future demand and pave the way for new features to be introduced. However, critics have argued that the changes make operating full nodes more expensive, and this in turn could cause less decentralization on the network. Supporters of BCH, which was the result of a hard fork in August 2017, say its enhanced block size is one of the reasons why it is far superior to Bitcoin.

What other solutions are there?

Several ideas have been put forward to help the likes of Bitcoin and Ethereum scale up.

For example, the Lightning Network is a secondary layer which operates on top of a blockchain. In theory, it can process an unlimited number of transactions — payments which are not publicly recorded in the blockchain. Final balances are only added to the ledger when every transaction has been completed. Although there has been hope that this will solve Bitcoin’s scaling issues, there are downsides — mainly concerning security. It could be the case that such a protocol ends up being the standard for smaller, everyday payments — freeing up the blockchain for more substantial transactions and enabling fees to tumble.

Mr. Buterin, who we mentioned earlier, has also come up with blockchain scaling solutions. The idea, known as Plasma Cash, would enable every user to focus only on the blocks which contain the coins that they care about — helping to optimize data. According to Buterin, this solution could also prevent fraudulent transactions and stop crypto investors from losing money if an exchange is hacked.

Is there an argument for off-chain scaling?

Decentralized applications do not need to fully run on a blockchain — meaning many of their processes can be processed “off-chain.”

In a way, this is comparable to the apps that you may use on your PC or smartphone. Although these pieces of software may rely on an internet connection, certain tasks are completed offline — preventing a company’s servers from being overwhelmed with traffic.

Off-chain scaling solutions would ensure that certain transactions are completed without miners, allowing only essential information to be synchronized. Improvements and upgrades could also be agreed upon and implemented without the arduous process of getting approval from every stakeholder in the community, and new features could be distributed without the whole blockchain being disrupted.

Of course, there are downsides. Off-chain transactions would be harder for the public to verify, and it could also create compliance issues. Users could also be disillusioned if they aren’t given a say in these updates.

Indeed, some argue that the future of cryptocurrencies may be free of blockchain altogether. Platforms like Byteball and IOTA do not use blocks whatsoever, and instead, new transactions are responsible for confirming earlier payments. Supporters believe this could be the answer to addressing the speed, security, scalability, privacy and sustainability woes that are currently facing blockchain-based cryptocurrencies.

What’s going to happen if nothing changes?

Unless action is taken, it’s likely that transactions will take longer and longer to process. In a digital economy where fiat payments can be sent and received instantly, blockchain platforms need to offer the same if they are going to be regarded as a viable alternative — even if they offer an array of other compelling advantages. Otherwise, there’s a real risk that even the most ardent crypto enthusiasts will abandon this technology altogether.

Dwindling user numbers could see prices for major cryptocurrencies tumble, with assets once worth thousands of dollars depreciating in value to a small fraction of what they were before.

It could also mean that centralization is here to stay, with all of the imperfections that motivated the dawn of the blockchain community in the first place. From here, who knows how many brilliant crypto platforms may never come to fruition.

Fractonet worked on a “complete redesign” of the blockchain to eliminate scalability issues once and for all. With a block size of 1.5GB, the startup says it successfully managed to process 33,888 transactions per second during functional testing. The company claims that its protocol can store data on-chain as well as transactions with real data immutability, meaning businesses no longer have to entrust third parties with sensitive information.

It has created a new protocol called RIFT to facilitate the synchronization of this data, and says the bigger block size will reduce the costs associated with transactions and mining. Fractonet says the base of the blockchain is already functional, paving the way for different features like DApps, sidechains, smart contracts and the possibility to have data accessible only through private key with different levels of access.