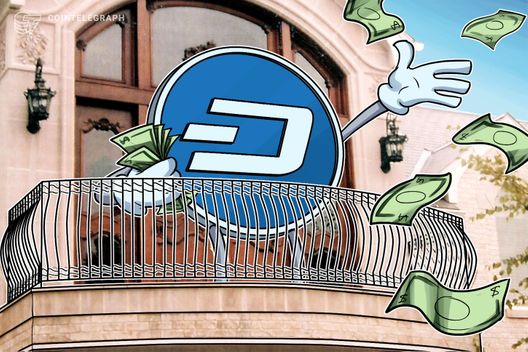 Dash executives have revealed surging interest from consumers and merchants in stricken Venezuela.

Speaking to Business Insider, Ryan Taylor, CEO of Dash Core Group, which is the legal entity behind Dash’s core development team, said interest from both businesses and consumers was rising week by week.

“We are seeing tens of thousands of wallet downloads from the country each month,” he told the publication.

“Earlier this year, Venezuela became our number two market even ahead of China and Russia, which are of course huge into cryptocurrency right now.”

Meanwhile, Bitcoin trading volumes on P2P exchange platform LocalBitcoins continues to produce new records on a weekly basis in what Purse.io head of support Eduardo Gomez described as “pure hyperinflationary despair” on the day of the switch to the new Sovereign Bolivar.

Dash aims to facilitate that continued circumvention, Taylor implied, noting merchants such as Subway had also signed up to accept the altcoin.

“We’ve seen 94 new Venezuelan merchants added to DiscoverDash.com since last week, which is about double the normal rate of about 50 merchants per week [over] the last couple of months,” he added.

Dash previously made headlines when its value soared and well-known figures such as Max Keiser began publicly promoting its usage in the US.

Since hitting giant highs around $1500 in December 2017, however, the altcoin has lost the vast majority of its value, currently trading around $150.