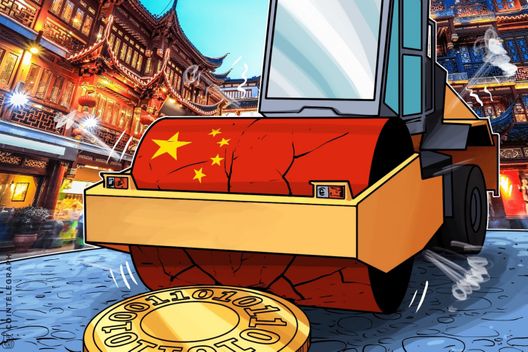 China is both prohibiting all public venues from hosting crypto-related events in Beijing’s Chaoyang district and looking to shut down online crypto-related activities. 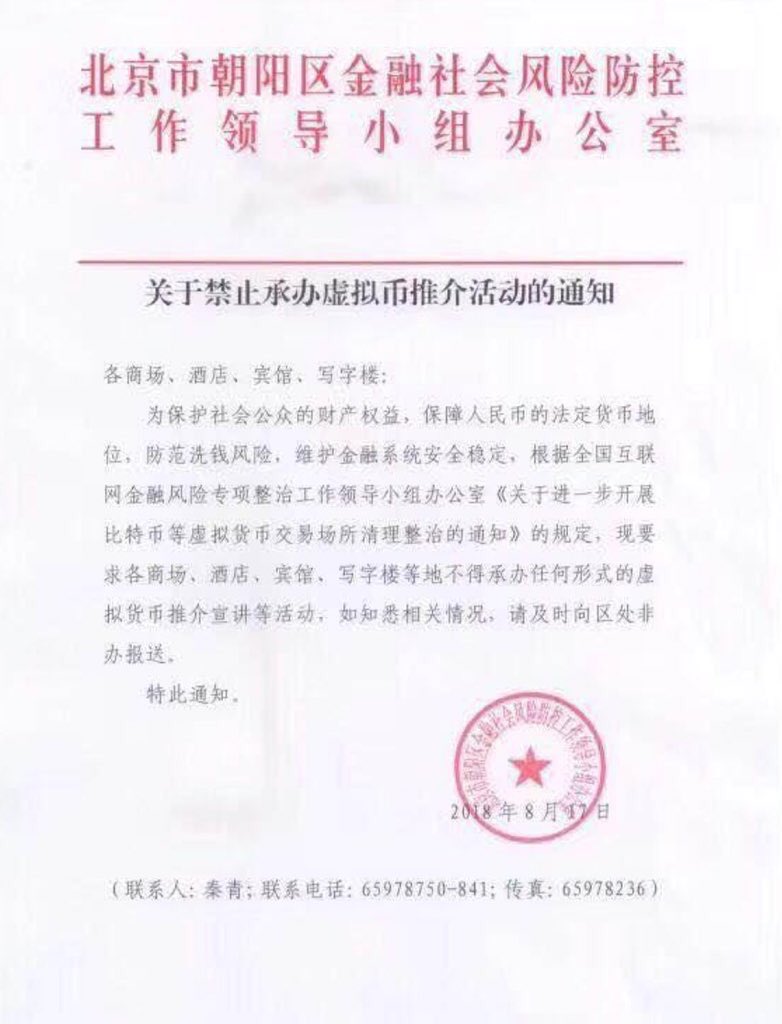 Many reportedly believe the ban, first covered by a local news app known as Jwview, could be extended to other districts as well, according to Cointelegraph correspondents in China. The correspondents further noted that Chinese media has conflictingly reported that the ban both does — and does not — apply to other areas in Beijing.

As The Paper reports, the new notice prohibits all public spaces in the district — including shopping malls, hotels, and office buildings — from hosting any form of crypto-related promotions. Among the reasons given to justify the measures, the notice cites the “protection of public property rights,” “prevention of money laundering,” and the upholding of “the security and stability of the financial system.” Members of the public are enjoined to come forth to denounce any violations of the new ban.

As Cointelegraph Japan has further reported, the restrictions in the Chaoyang district intersect with a sweep of wider measures targeting communication channels or “loopholes” through which Chinese investors can gain access to Initial Coin Offerings (ICO) or crypto-related activities.

According to the Shanghai Securities Times, the China National Fintech Risk Rectification Office has reportedly now identified 124 crypto trading platforms with overseas IP addresses and is intending to block access to their services. Restrictive actions are also being taken against ICO and crypto trading platforms, including their related public social media accounts.

As Cointelegraph reported August 21, China’s leading social media platform WeChat permanently blocked a number of crypto and blockchain related accounts that were suspected of publishing ICO and crypto trading “hype” in violation of new regulations that were introduced earlier this month.

In an email shared with Cointelegraph, crypto media site Coindaily — which claims that its official WeChat channel had over 100,000 users as of June 2018 — confirmed that “around 8 top influential WeChat cryptocurrency related official accounts [had been] permanently banned,” among them Coindaily, Huobi News and Huobi Research Institute, Jinse.com, BiShiJie News Flash, deepchain, TokenClub, CoinDaily, Wujie Blockchain, and Dapao.

CT Japan further reports that new measures are also underway to toughen the “clean-up” of third party crypto payment channels, including those used by over the counter (OTC) platforms. Officials from China’s Office for Special Remediation of Internet Financial Risks will reportedly meet and interview third-party payment institutions and order them to cease any cryptocurrency-related dealings.

China has been tightening regulations on crypto since September 2017, when it banned both ICOs and Bitcoin (BTC)-to-fiat exchanges. In January, local regulators announced plans to extend the ban to “market-making” platforms and similar services, “block[ing] domestic access to homegrown and offshore platforms that enable centralized trading.”

With additional reporting by Marie Huillet.