Virtually all of the top 100 cryptocurrencies are in the red today, with average losses of between 1 and 4 percent among the top 10 largest coins by market cap.

Thursday, August 23: virtually all of the top 100 cryptocurrencies are in the red today, with average losses of between 1 and 4 percent among the top 10 largest coins by market cap, as Coin360 data shows.

Pointedly, multiple crypto commentators had attributed the markets’ evanescent green to bulls exploiting a maintenance window on leveraged crypto trading platform BitMEX to force a spike. Many had also argued that the negative announcements from the SEC had been widely expected, and were contributing to the alleged market action. 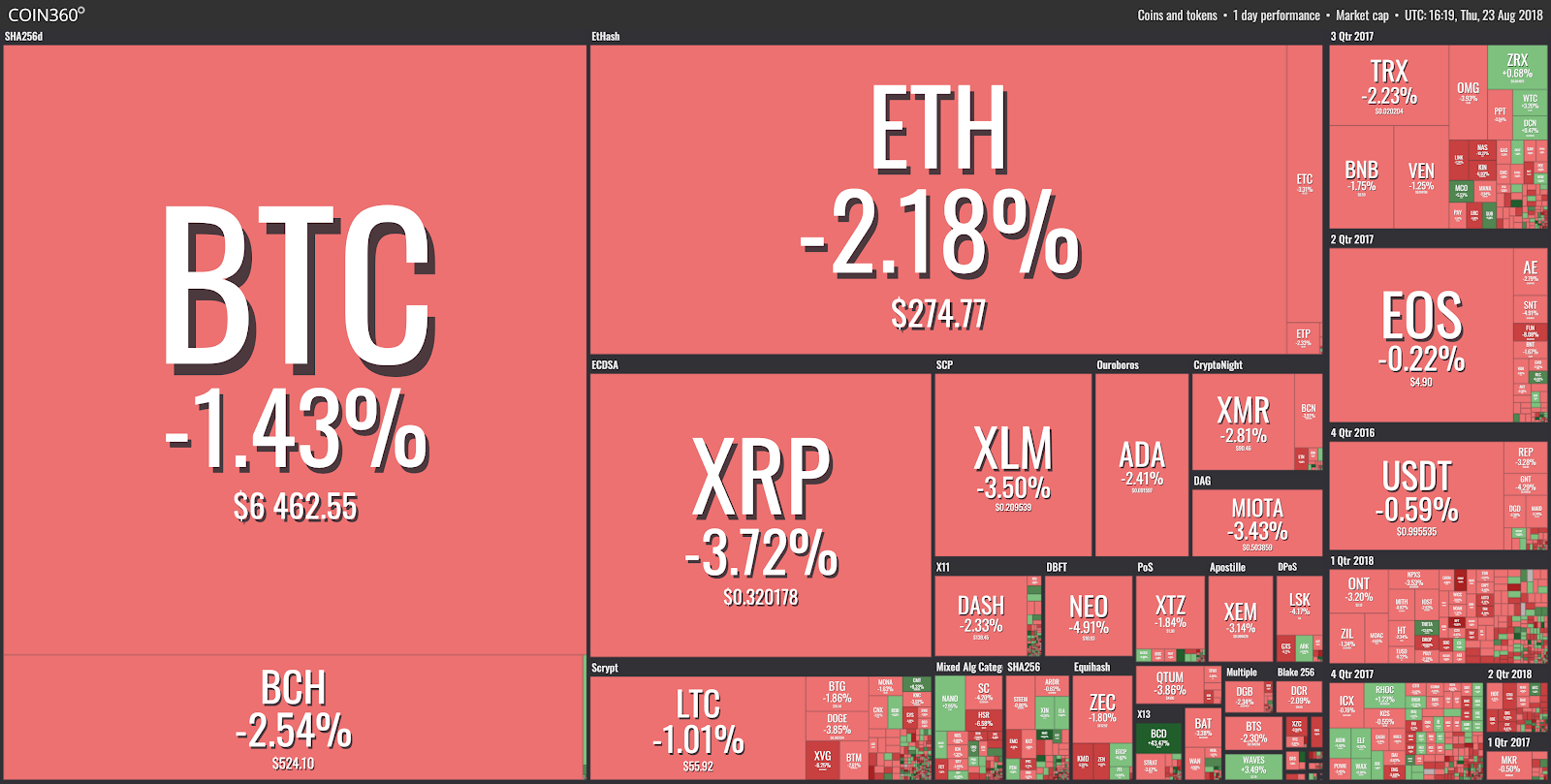 Bitcoin (BTC) is trading at around $6,452 at press time, down around 1 percent on the day, according to Cointelegraph’s Bitcoin price index.

The top coin had been range bound around $6,400-6,500 for most of the week before sharply spiking August 22 and continuing to circle the $6,700 mark for most of that day. Breaking news from the U.S. and China then saw Bitcoin take a steep price hit, although the coin has since recovered back to hold its week-long levels. 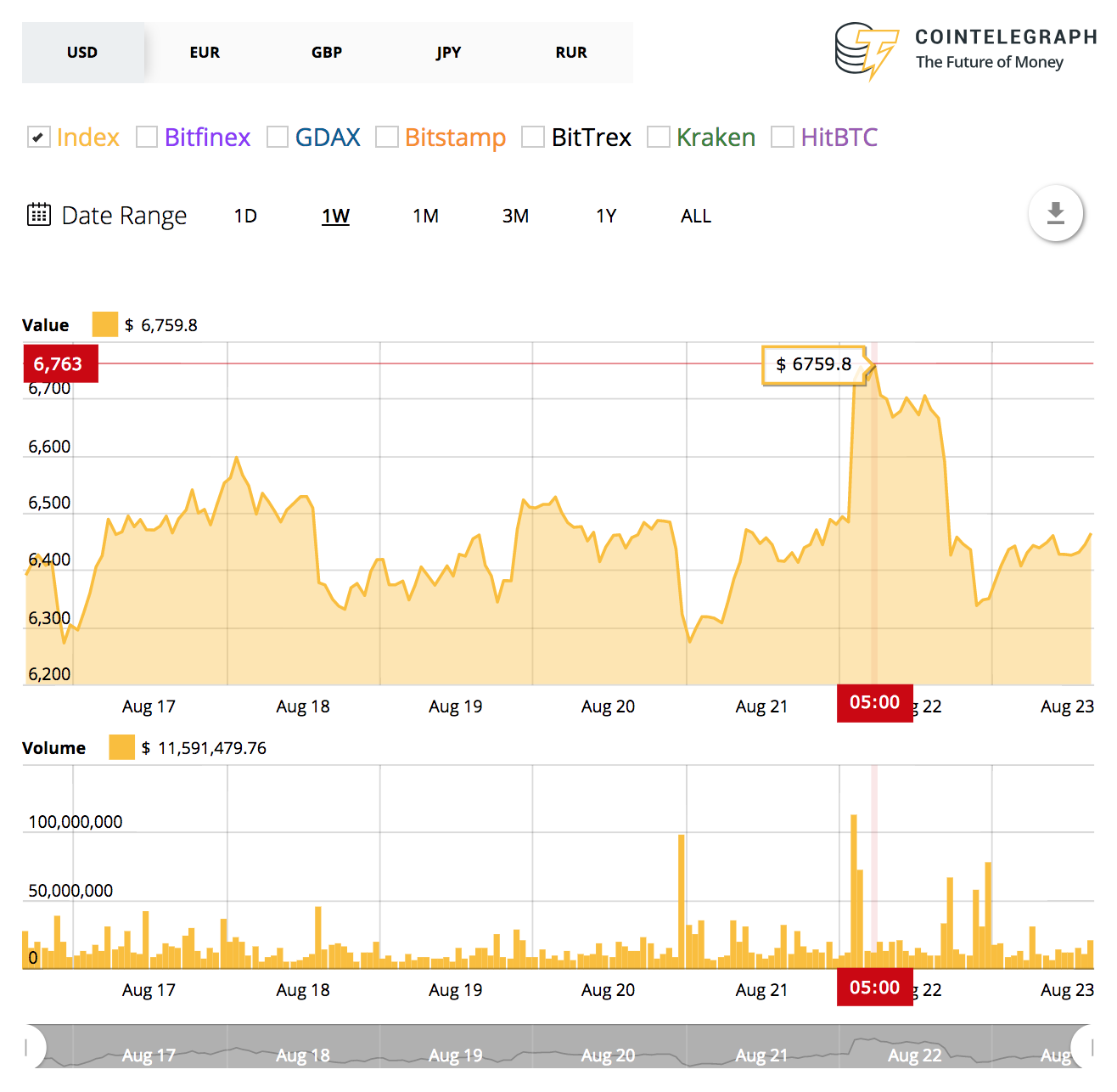 On the week, Bitcoin is up 0.8 percent, with its monthly losses at around 16.5 percent.

Ethereum (ETH) is trading around $274 at press time, dropping around 2 percent on the day.

While its losses have correlated with Bitcoin’s sharp descent, the leading altcoin has not since recovered to reclaim the earlier trading levels from its weekly chart, although it had notably been losing its hold on the $300 price point as of August 20. Ethereum is currently down 5.6 percent on the week; on the month, losses are at almost 40 percent. 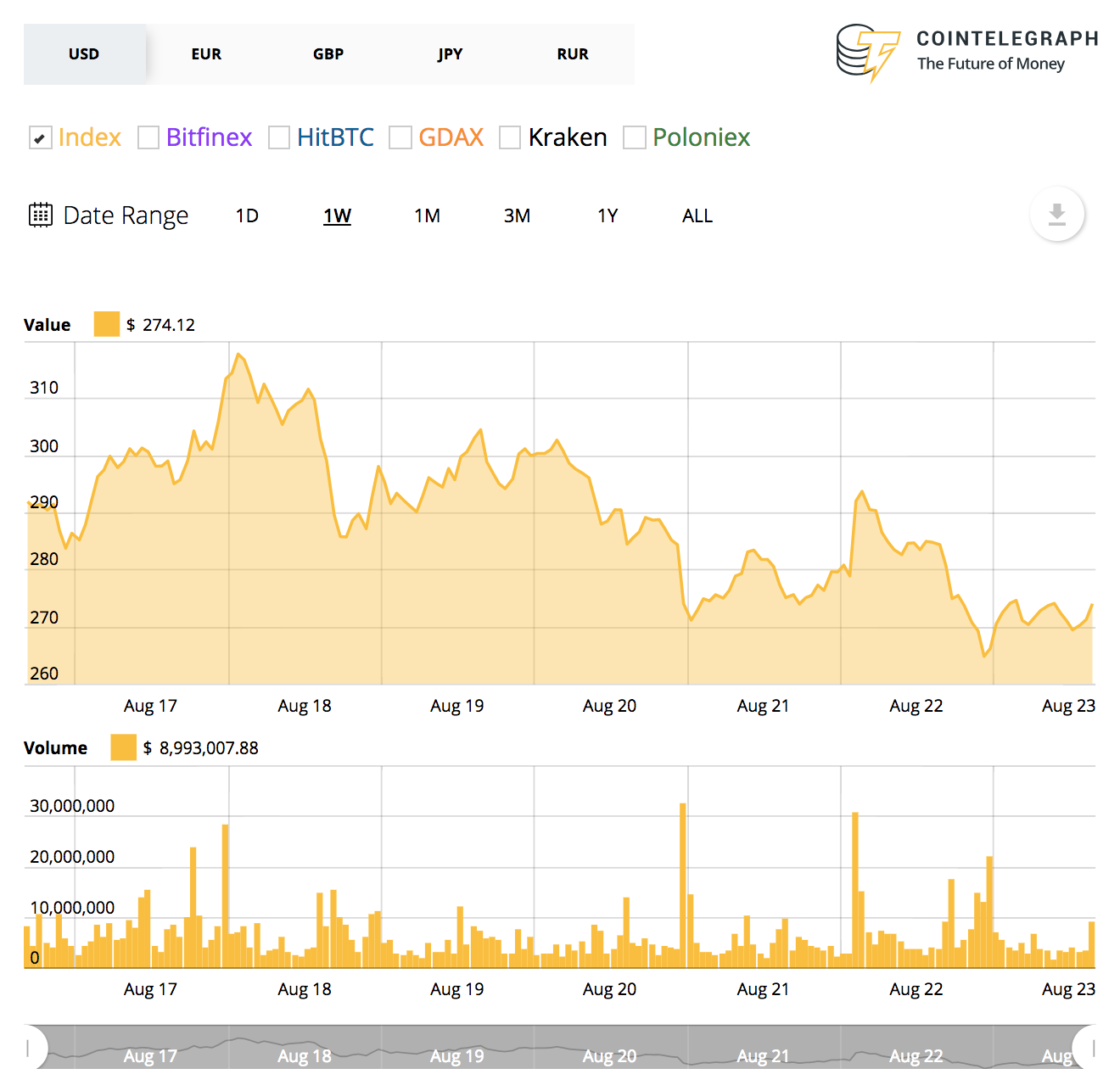 Among the top ten coins by market cap, Stellar (XLM), Bitcoin Cash (BCH), Cardano (ADA) and Ripple (XRP) are all seeing losses of around 2-4 percent on the day.

Among the top twenty, NEO’s losses are somewhat heftier, pushing 4 percent to trade around $17.12, after taking a tumble earlier today to as low as around $16.18. 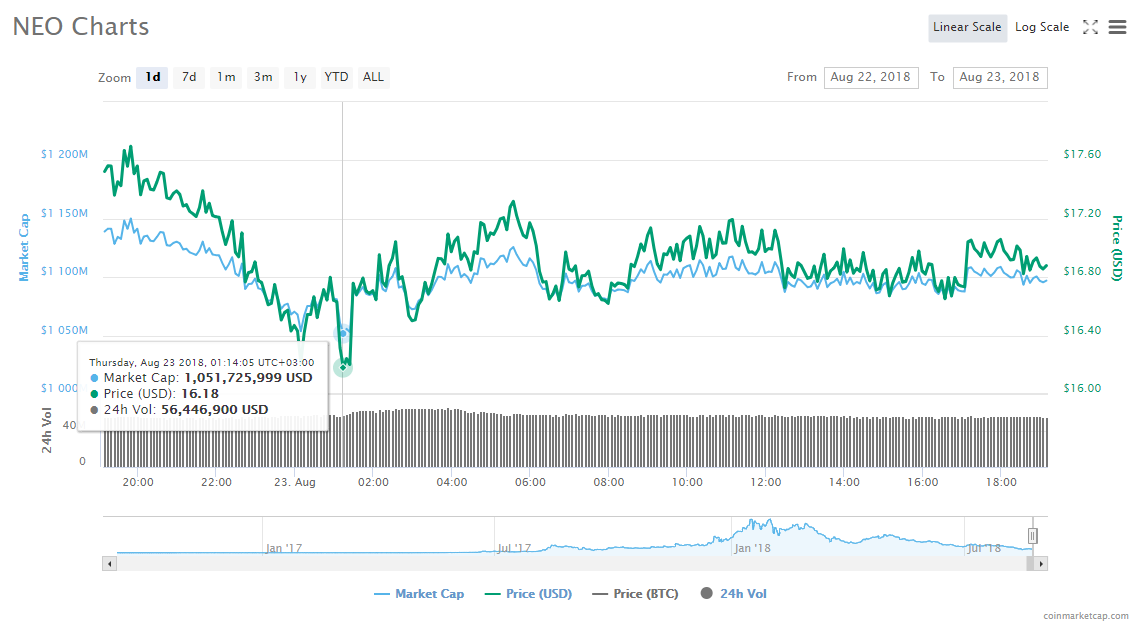 As ETC’s chart agains shows, the market-wide tumble aligns closely by time frame across all of the major crypto assets: 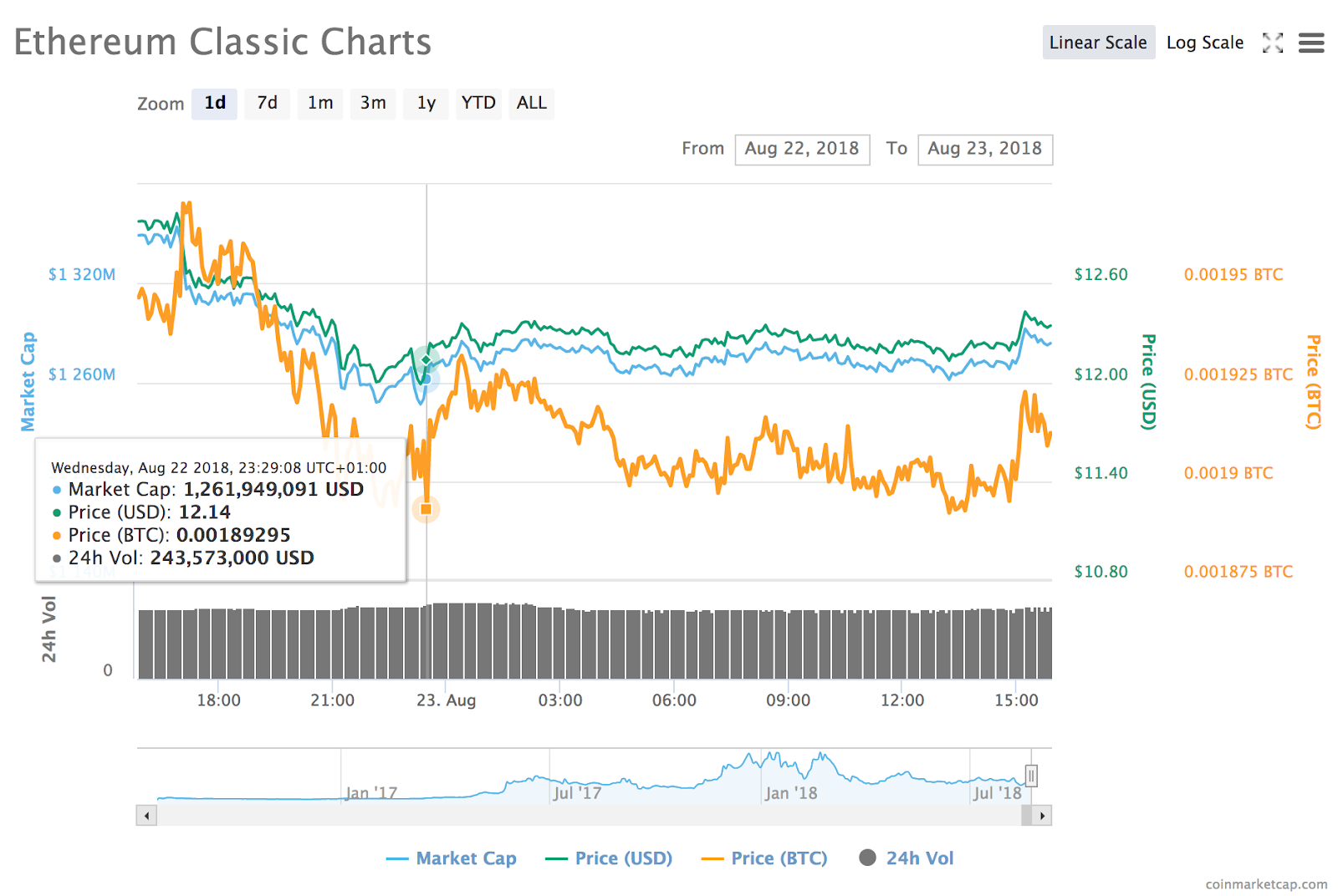 Total market capitalization of all cryptocurrencies is around $208.5 billion at press time, down almost $13 billion from yesterday’s high of $221.4 billion. 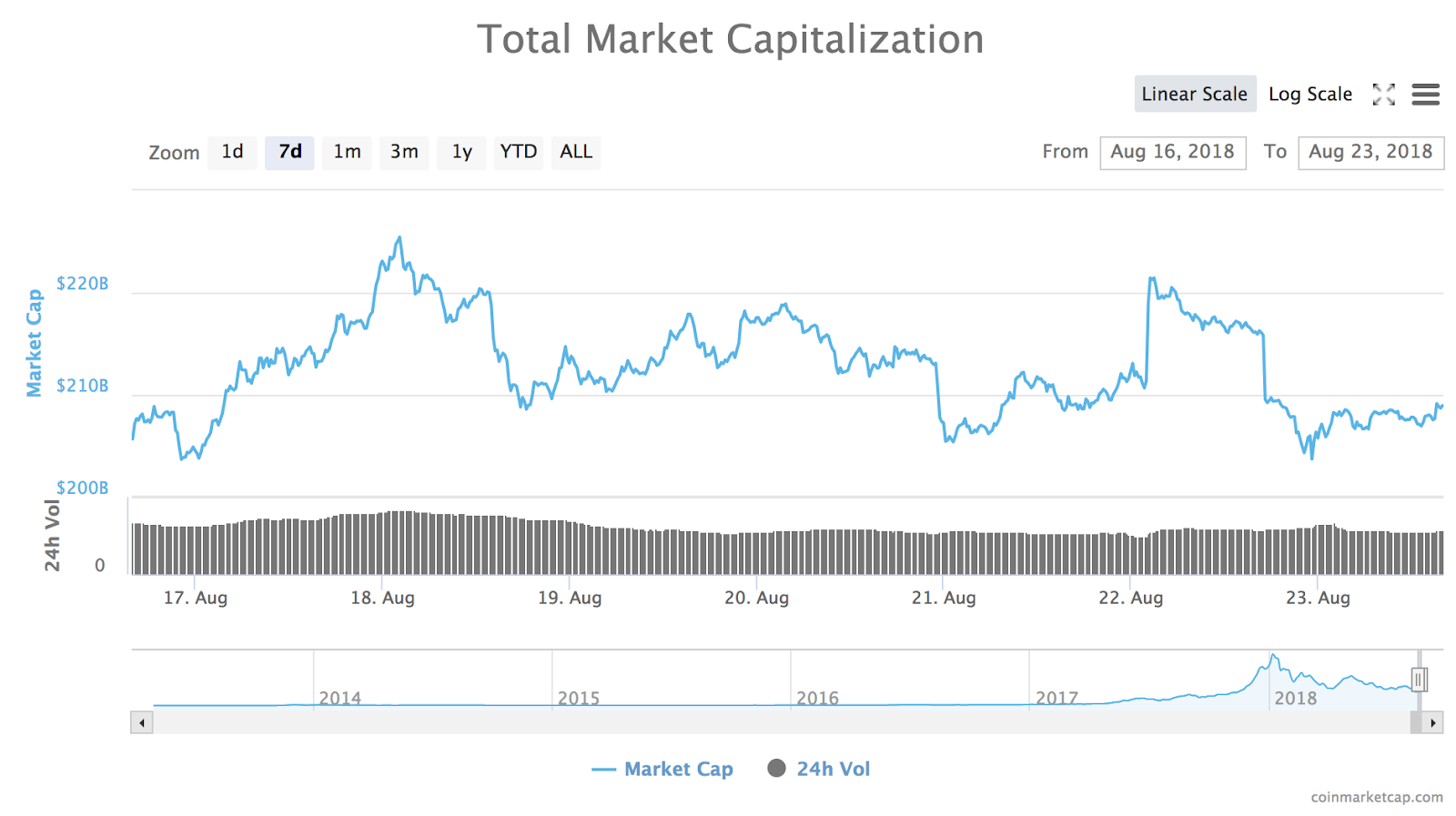 Today’s $13 billion market cap squeeze is similar the sharp market tumble that came in response to July’s news that another Bitcoin ETF proposal — this time submitted by the Winklevoss twins’ — had also been rejected by the SEC, which then saw a dizzying $12 billion wiped from total market capitalization.

The parallels extend beyond market response, as the regulator had in all of its disapproval orders reiterated its qualms over inadequate “resistance to price manipulation” and vulnerability to fraudulent practices in the insufficiently sized Bitcoin derivatives markets.

China, meanwhile, has this week moved to prohibit all commercial venues from hosting any crypto-related events in Beijing’s Chaoyang district, as well as targeting communication channels or “loopholes” through which Chinese investors can gain exposure to Initial Coin Offerings (ICO) and crypto trading.

As reported August 21, China’s leading social media platform WeChat has permanently blocked a number of crypto and blockchain related accounts that were suspected of publishing crypto “hype” in violation of regulations introduced earlier this month. New measures are also reportedly underway to toughen the “clean-up” of third party crypto payment channels, including those used by over the counter (OTC) platforms.

Away from the negative onslaught from the U.S. and China, crypto analysts have today suggested that Segwit adoption is on the rise for Bitcoin transactions, as the top crypto continues to trade within a relatively stable price range. EToro Senior Market Analyst Mati Greenspan today tweeted:

“Price stability is great for network development!! Here we can see the adoption rate of the Segwit solution skyrocketing shortly after the number of transactions fell. Not sure when the next #bitcoin bull run will be but I’m quite confident we’ll be ready for it.” 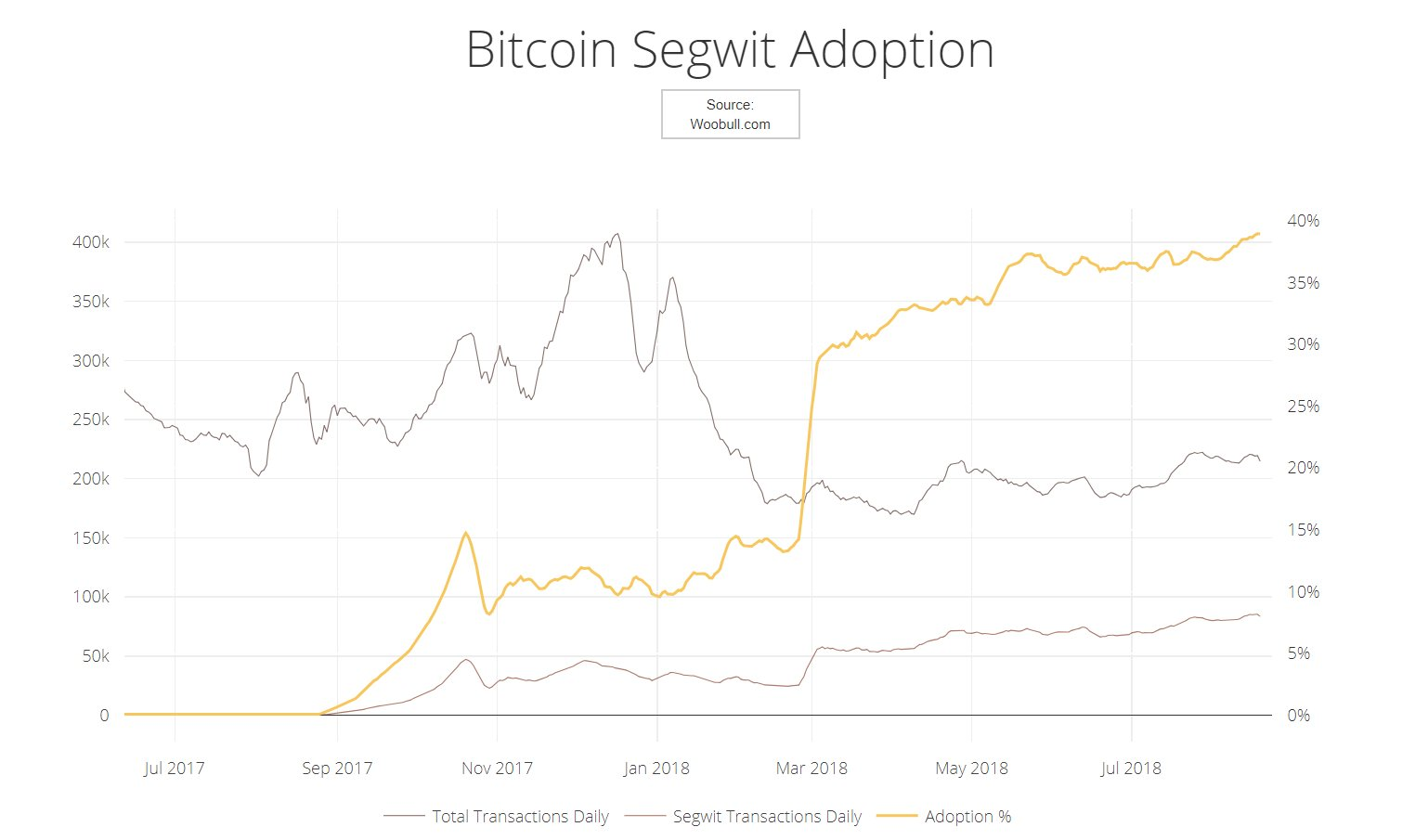