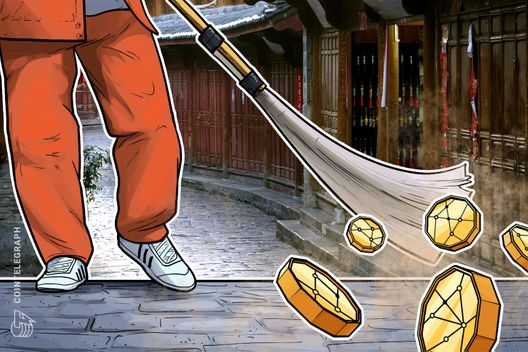 China’s ‘Google,’ Baidu, has closed at least two popular crypto-related chat forums, according to SCMP, with a notice reportedly informing users that the move comes “in accordance with relevant laws, regulations and policies.”

Meanwhile, Tencent –– the operator of the 1-billion-user social media platform WeChat, has reportedly issued a statement announcing its own ban on crypto trading. The platform has said it will monitor daily transactions in real time and block any suspicious transactions accordingly.

Chinese e-commerce giant Alibaba –– whose subsidiary Ant Financial runs the overwhelmingly popular internet payment app Alipay –– has for its part said it will restrict or permanently ban any accounts it finds to be engaged in crypto trading.

All three announcements follow closely upon the heels of last week’s onslaught of toughened anti-crypto measures in China. These included a ban on all commercial venues from hosting any crypto-related events in Beijing’s Chaoyang district, alongside measures targeting communication channels or “loopholes” through which Chinese investors can gain exposure to Initial Coin Offerings (ICO) and crypto trading.

As reported August 21, WeChat permanently blocked a number of high-profile crypto and blockchain related accounts –– including CoinDaily, Deepchain, and Huobi News –– that were accused of publishing crypto “hype” in violation of regulations introduced earlier this month.

On August 24, Alipay announced that it would block those accounts that use its network to transact in Bitcoin (BTC) over-the-counter (OTC) trade, and would further establish an inspection system for “key websites and accounts.” Ant Financial has also reportedly said it plans to conduct a “risk prevention” program intended to educate users about the dangers of false crypto-related “propaganda.”

On August 25, the People’s Bank of China (PBoC) issued its own fresh warning declaring that it would be ratcheting up stringent measures against “illegal” ICOs.

According to CT Japan, new measures are also reportedly underway to toughen the “clean-up” of third-party crypto payment channels, including those used by OTC platforms.

This January, a fresh crackdown from Beijing had notably already seen fringe trading platforms including as peer-to-peer (P2P) and OTC resources banned, adding to a blanket embargo on crypto-to-fiat trading and ICOs in place since September 2017.