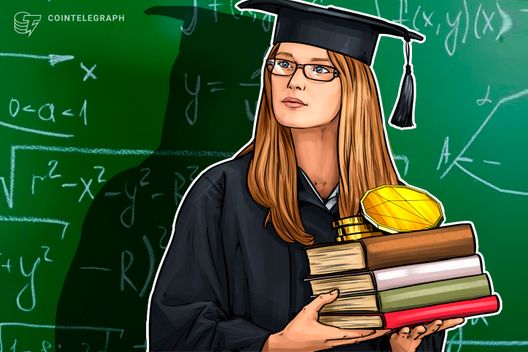 Coinbase has reviewed the world’s top 50 universities and found out that forty-two percent of them offer crypto- and blockchain-related classes.

A recent study by the U.S. crypto exchange Coinbase has shown that 42 percent of the world’s top 50 universities have at least one class on cryptocurrencies or blockchain. The results of the study were published on Coinbase’s official blog Tuesday, August 28.

The research was jointly conducted by Coinbase and survey company Qriously. Together they interviewed 675 U.S. college students and reviewed courses at 50 international universities.

Of the 172 classes reviewed in the study, 15 percent were offered by economics, finance, law and business departments, while 4 percent were in social science departments.

The study has found out that blockchain- and crypto-related courses are most popular in the U.S. Only five of the 18 universities reviewed that operate outside of the United States offer at least one class on these topics.

Blockchain-related courses enjoy the most popularity at the Stanford and Cornell universities – numbered 10 and 9 respectively. University of Pennsylvania and the National University of Singapore follow with their respective 6 and 5 courses.

Dawn Song, a computer science professor at Berkeley, told Coinbase that her course “Blockchain, Cryptoeconomics, and the Future of Technology, Business and Law” was extremely popular, and that instructors had to turn away more than 200 students because their classroom could only hold 70:

“Blockchain combines theory and practice and can lead to fundamental breakthroughs in many research areas. It can have really profound and broad-scale impacts on society in many different industries.”