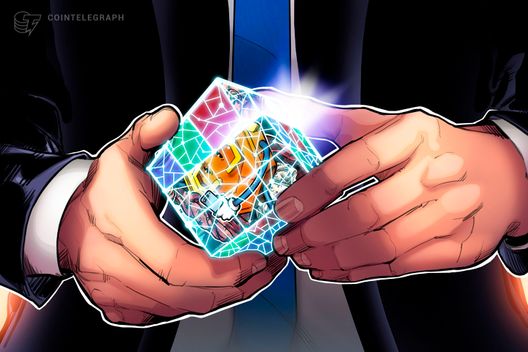 Cointelegraph reviews JPMorgan’s changing attitude to blockchain over the past few years.

Multinational investment bank JPMorgan Chase has had a chequered relationship with cryptocurrencies over the years. While it has maintained an apparent apathy toward Bitcoin and the likes, the financial institution has openly embraced blockchain technology and is actively using it in various internal projects.

This has come to the fore in August 2018, as chief information officer Lori Beer made a bold statement in an interview, claiming that blockchain technology ‘will replace’ existing financial systems in the next few years.

As has been the case with most financial institutions, the emergence of cryptocurrencies has been met with a certain element of trepidation. Some have been more accepting than others, but JPMorgan has had one of the more interesting stories to tell.

The company hasn’t been overly opposed to the notion of cryptocurrencies, but its leadership — CEO Jamie Dimon, in particular — has been nothing short of hypercritical over the past few years. As we will delve into, this has caused a contrasting narrative in terms of the company’s projects and exploits in the space when compared with the opinions of Dimon.

In November 2016, JPMorgan published a white paper for Quorum, which is a private blockchain platform built on the Ethereum protocol.

As a founding member of the Enterprise Ethereum Alliance (EEA), JPMorgan’s development of Quorum is aligned with the mandate of the EEA, which aims to bring privacy, scalability and security to the Ethereum blockchain. This is directly aimed at enterprises that want to control the accessibility and use of data through a blockchain system.

Quorum’s blockchain looks to provide data privacy to companies, using the Ethereum network to validate transactions, which was described in the opening paragraph of the white paper:

“Though the design is simple, the solution preserves many of the key attributes of Ethereum, such as ensuring every node on the network participates in and increases the overall security of the entire network while only revealing the details of private transactions to those party to the transaction.”

Quorum uses cryptography to protect sensitive data, only allowing those with the necessary permission to access certain transaction data.

Almost a year-and-a-half later, on April 20, 2018, JPMorgan finally tested the Quorum blockchain with a number of high-profile banks participating.

JPMorgan is even considering divorcing Quorum from the company, in an effort to make the platform more accessible to the markets. A barrier to entry is the fact that market competitors are unlikely to use a platform that is run by a competitor bank.

As cryptocurrencies endured a humbling correction in the months after Bitcoin’s all-time high in December 2017, JPMorgan — among other banks — stopped processing cryptocurrency purchases with its credit cards, citing the volatility of the markets.

By the end of February, the bank delivered its annual report to the U.S. Securities and Exchange Commission (SEC). The report added cryptocurrencies to its sections on ‘Risk Factors’ and ‘Competition,’ illustrating the disruptive aspects of the space.

The company told the SEC that the emergence of cryptocurrencies would require the bank to spend more money adapting its products to appease clients and customers, with the possibility of the bank eventually losing market share:

“Both financial institutions and their non-banking competitors face the risk that payment processing and other services could be disrupted by technologies, such as cryptocurrencies, that require no intermediation.”

In May 2018, the company announced the creation of the position of a head of crypto assets strategy at the company. The post was immediately filled, with Oliver Harris the man in charge of leading the company’s new cryptocurrency projects. It is understood that Harris’ position would not involve the trading of cryptocurrencies, but rather investigating the use of cryptocurrency and blockchain services that could benefit JPMorgan’s processes.

Around the same time, vice president Daniel Pinto said the company was looking into the Bitcoin space — admitting interest in the futures markets in an interview with CNBC. Pinto went as far as saying they would clear Bitcoin futures if they had to, while also saying that cryptocurrencies faced a number challenges:

“I have no doubt that in one way or another, the technology will play a role. [Regarding Bitcoin], you cannot have something where the business proposition is to be anonymous and to be the currency for unknown activities. That will have a very short life because people will stop believing in it, or the regulators will kill it. I think the concept is valid [and that’s why] you have many central banks looking into. The tokenization of the economy, for me, is real. Cryptocurrencies are real but not in the current form.”

JPMorgan CEO Jamie Dimon has long been a harsh critic of Bitcoin and cryptocurrencies. Dimon’s dissenting attitude dates back to 2015, when he said that Bitcoin would be stopped and that blockchain “is like any other technology.” Furthermore, Dimon made it clear that the bank would use the underlying technology to better its own systems:

“If it is cheaper, effective, works and secure, then we are going to use it. The technology will be used, and it could be used to transport currency — but it will be dollars, not Bitcoins.”

Dimon’s most infamous critique of Bitcoin came in September 2017, when he labelled the cryptocurrency a fraud. The JPMorgan CEO went as far as threatening to fire employees that were offering to trade cryptocurrencies on behalf of their clients.

Dimon’s commentary on the subject ebbed and flowed in the following months, as his own views on the sector were seemingly at odds with the plans of the company. Dimon went as far as saying he wouldn’t make any more comments on Bitcoin, with JPMorgan adopting an ‘open-minded’ approach to cryptocurrencies.

In the lead up to the launch of the first-ever Bitcoin futures contracts in December by the Chicago Mercantile Exchange, the company even considered facilitating access to trading futures.

JPMorgan global market strategist Nikolaos Panigirtzoglou furthered the dividing opinions between the company and its CEO, writing in a note to investors that the launch of Bitcoin futures would drive the legitimization of the cryptocurrency:

“The prospective launch of Bitcoin futures contracts by established exchanges in particular has the potential to add legitimacy and thus increase the appeal of the cryptocurrency market to both retail and institutional investors.”

Dimon seemingly changed his tune in 2018, saying he was not really interested in the subject in a January interview, while admitting he regretted his 2017 ‘fraud’ remarks.

A few weeks later, at the World Economic Forum in Davos, Dimon told Cointelegraph that he ‘was not a skeptic’ of cryptocurrencies.

After a number of months out the spotlight, Dimon made headlines earlier this month, reportedly calling Bitcoin a ‘scam,’ before reiterating he was not interested in the subject during a gala speech.

Dimon was quoted as saying government would move to shut down cryptocurrencies due to a lack of control over the space. This followed an interview with the Harvard Business Review, in which Dimon said that JPMorgan was testing blockchain technology for use in a wide range of applications within the company.

Dimon’s headline grabbing statements have somewhat taken away from the work being done at the global financial institution.

As previously mentioned, the company’s CIO Lori Beer has painted a more accurate picture of the company’s stance on blockchain technology and cryptocurrencies.

Her statements of blockchain’s impending adoption and the effect it will have on a global scale cannot be understated and seems to be a big driving force in JPMorgan’s Quorum project.

As Beer said, the company needed to create a blockchain platform that serves the needs of the company and its many clients:

“We are currently following many paths. We invented a blockchain with an open code based on Ethereum. Actual blockchain technology has not yet resolved issues with privacy and scalability that we needed. We are connected to Hyperledger and Enterprise Ethereum Alliance. The application of this technology in business is more important to us than the technology itself. We are looking not only for cost reduction, but also for opportunities to develop new products.”

The CIO also said that JPMorgan is ‘evaluating’  the current state of the cryptocurrency space, while making it clear that it would only support regulated markets and currencies.

While this doesn’t take the company any closer to being actively involved in the cryptocurrency markets, its appetite for development of blockchain says a lot about the underpinning technology and the promise it has for the financial world.