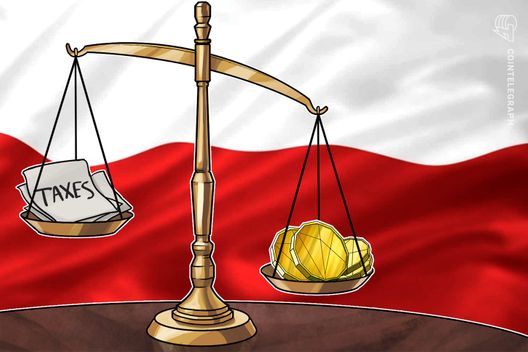 Polish legislators have introduced a long-awaited new bill to clarify the current crypto taxation policy. The document was published on the country’s government site on Friday, August 24, and explained by local crypto media outlet Kryptowaluty August 25.

Kryptowaluty writes that a new document has been offered for consultation, and the Polish Council of Ministers will review it in the third quarter of 2018. The previous taxation policy, which had been resisted by country’s crypto community earlier this year, was taken into account but has been slightly changed. The purpose of the bill, as stated by government, is to simplify the tax system for crypto transactions.

First, the bill defines cryptocurrencies in terms of the Act on Counteracting Money Laundering and Terrorism Financing as a “digital representation of money”. Furthermore, virtual currencies are divided in two groups — cryptocurrency and centralized virtual currency — and are allowed to be used as a medium of exchange, in e-commerce, and be accepted as means of payment.

As for taxation, the bill refers to both individuals and businesses. Crypto-to-crypto transactions performed on the stock exchange or individually will be tax free. At the same time, income from selling services, property, and goods will be treated like revenue for taxation purposes.

The document then covers crypto miners, noting that those who work for themselves won’t be charged, while others who work for entities or individuals will be obliged to pay taxes.

2018 began with massive anti-cryptocurrency campaign in Poland. In February, the Central Bank of Poland admitted to funding $27,000 worth of content aimed against crypto, which was published on YouTube and then broadcast by local press. Later in May, a similar campaign was organized by Poland’s Financial Supervision Authority (KNF). Social media materials on risks associated with cryptocurrencies, pyramid schemes, and forex trading were funded by 615,000 zloty (around $173,000).

As the Polish crypto community criticized the campaign along with the newly announced taxation for digital currencies, the local Finance Ministry rolled the measure back, promising to elaborate more convenient regulation.