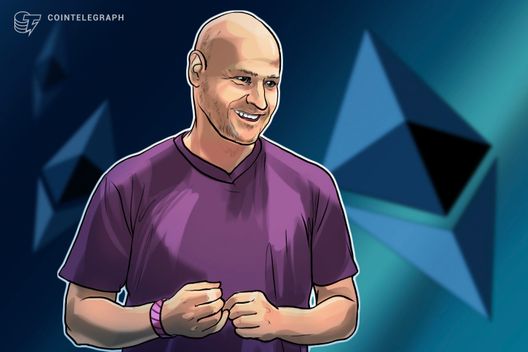 Founded in 2014, Tether was “the first” blockchain-powered platform that allows for the tokenization of fiat-backed cryptocurrencies.

In June, after the publication of a study conducted by analysts from the University of Texas, USDT fell under suspicion of Bitcoin (BTC) price manipulation in 2017, when the BTC price surged to an all-time high of $20,000. The paper claims that “purchases with Tether are timed following market downturns and result in sizable increases in Bitcoin prices.”

While many cryptocurrency enthusiasts are convinced Tether is lying about its backing assets, Lubin is unconvinced of manipulation accusations against the token and the company behind it. He said that “based on our analysis, which involves just talking to a bunch of people in the space, we do believe that [USDT] are backed 1:1 by U.S. dollars in bank accounts” although it is “still not 100 percent solid in terms of a story, from my perspective.” He added:

“…with respect to market manipulations, I’m not sure that market manipulations are related to Tether directly, if they do exist. It has been an unregulated market set of exchanges that enable big players to do what they want to do […] Ideally we’ll get a little better regulation of those centralized exchanges at least.”

In June, law firm Freeh Sporkin & Sullivan LLP conducted an unofficial audit of Tether’s accounts, where it was discovered that USDT did indeed have enough funds to back each token 1:1 with U.S. dollars. However, the firm noted that it is, “not an accounting firm and did not perform the above review and confirmations using Generally Accepted Accounting Principles.”