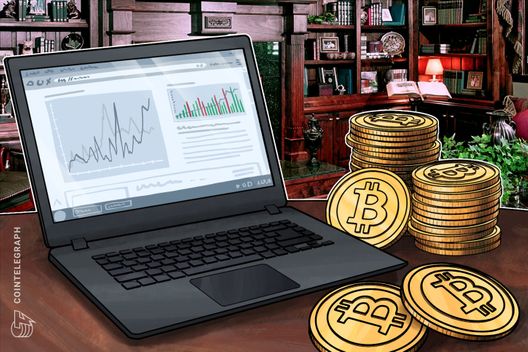 New research by Satis Group predicts that the BTC price could potentially reach $98,000 in the next five years.

According to new research conducted by Initial Coin Offering (ICO) advisory firm Satis Group, the Bitcoin (BTC) price could potentially reach $98,000 in the next five years. The report written by Sherwin Dowlat and Michael Hodapp represents the fourth part of a five-part series covering the crypto space.

The report states that, in terms of upward tendencies in cryptocurrencies over the next five years, BTC will reach reach $96,000, Monero (XMR) will reach $18,000, and Decred (DCR) will hit $535.

Bitcoin Cash (BCH) is forecasted to slump to $268, after it “[attempts] to inherit brand recognition and [provides] minimal technological advantage to incumbents.” Cryptoassets, which have centralized ownership will supposedly represent little value, with a forecasted Ripple (XRP) price of $0.01.

The research team forecasts that the Ethereum “platform network” will lose share from nearly entire to half share in 2028:

“While we do acknowledge the strong community around the ETH network, minor flaws in design and governance (which we believe will result in contention leading up to the future network upgrades, notably the move to Proof-of-Stake (PoS) consensus) can expose the relatively low switching costs of overlying networks built on top of it (the ICO’s, and tokens).”

The latest study also expands on the valuation of cryptoassets needed to support a forecasted economy and provides market condition estimates for the next ten years.

According to the report, the value of cryptoassets needed to support the economy will increase from approximately $500 billion next year to $3.6 trillion by 2028, while 90 percent of cryptoasset value will be extracted from penetration of offshore deposits in the next ten years.

The report says that most fundamental value to support the crypto economy will come from store of value use cases, while the analysts believe that the largest opportunity for cryptoassets will be in store of value markets:

Earlier this month, research from Sanford C. Bernstein & Co. suggested that revenue generated by cryptocurrency exchanges could more than double to hit $4 billion in 2018, while  ICORating’s ICO market report for the the second quarter of 2018 showed that the  ICO market had more than doubled in a year.