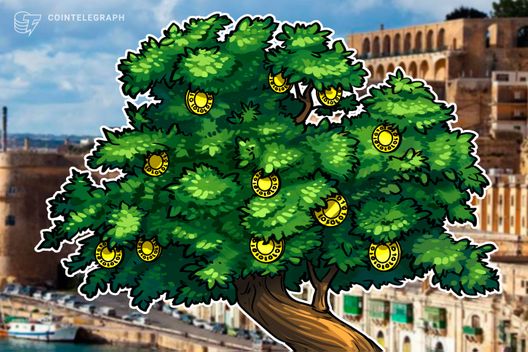 The U.S.-based Bittrex, now the 18th top crypto exchange by total average trade volume, has bought a 10 percent share in Palladium. In July, Palladium had announced plans to distribute $150 million in tokens in the world’s “first” Initial Convertible Coin Offering (ICCO) in partnership with Bittrex and Unikrn eSports bookmaker, scheduled to begin on July 25.

Current shareholders of Palladium include Investar Holding and Unikrn, which own 85 and 15 percent of the company respectively, the Times of Malta reports.

The ICCO is approved by the Malta Financial Services Authority (MFSA), and the project is regulated under European Union rules, Bittrex’s July announcement stated.

Palladium’s founder and chairman Paolo Catalfamo commented that Bittrex’s recent investment is a proof of Malta’s focus to become the “forefront of regulating blockchain technology,” the Times of Malta writes.

The Bittrex crypto exchange recently became one of the participants of “Virtual Commodity Association Working Group” — the self-regulatory association for digital commodities like cryptocurrencies. The organization is planning to develop industry standards and to “be a precursor to the formation” of self-regulatory activity for cryptocurrencies such as Bitcoin (BTC) and Ethereum (ETH).

Earlier in August, Bittrex had also partnered with Ripple in order to provide a “healthy” ecosystem of digital asset exchanges, along with crypto exchanges Bitso and Coins.Ph.