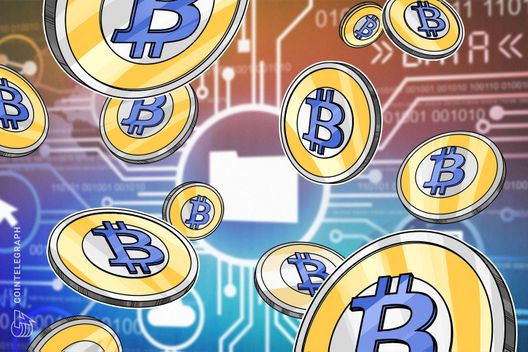 The Bittrex exchange will delist BTG by Sept. 14.

Crypto exchange Bittrex is set to delist Bitcoin Gold (BTG), a hard fork of Bitcoin (BTC), by Sept.14, after details of an $18 million hack of the BTG network in May emerged this week. How unexpected was this announcement coming from the exchange, and what are the chances for BTG now that it has found itself in the midst of yet another scandal?

“One CPU one vote” ideology: How Bitcoin Gold was created

Bitcoin Gold (BTG) is a hard fork of Bitcoin (BTC). It splintered off the original blockchain on Oct. 24 2017, at a block height 491,407. The project was first announced in July 2017 on Bitcointalk.org, when Jack Liao, CEO of LightingAsic and BitExchange, revealed that he was looking for a way to change Bitcoin’s proof-of-work (PoW) algorithm from the SHA256 algorithm to Equihash.

“Given the dysfunctional current reality of the Bitcoin mining sector,” as the BTG’s roadmap reads, Liao and his team wanted to create a digital currency that wouldn’t require expensive, state-of-the-art hardware for mining. By mid-2017, allegedly 70 percent of BTC mining was performed by Application Specific Integrated Circuits (ASICs) — i.e., specialized hardware designed solely for mining purposes. ASICs can perform SHA256 calculations significantly faster and more efficiently than an average computer. BTG, with its Equihash protocol, in turn, would allow for productive mining powered by casual graphics processing units (GPUs).

Meanwhile, unlike its relatively successful predecessor Bitcoin Cash (BCH) — a BTC hard fork whose supporters claim it to be “the real Bitcoin” — BTG was not designed to take over the original Bitcoin:

“Bitcoin Gold arises from a desire to protect Bitcoin and ensure that it not only maintains its position as the dominant cryptocurrency but continues to grow until its liberating roots stretch deep into the economic life of all nations.”

In short, the ideology of BTG is to be a virtual currency that has roots in the original Bitcoin and hands power back to the casual miner equipped with a GPU. This ideology was outlined in more detail in the project’s white paper:

“Satoshi’s vision of ‘one-CPU-one-vote’ was replaced by one-ASIC-one-vote… ASIC-resistance is a permanent attribute of Bitcoin Gold. It is much more difficult to create ASICs for a memory hard algorithm like Equihash than SHA256, however it is not impossible. If the day ever comes when Equihash ASICs begin to proliferate and mining begins to centralize again, Bitcoin Gold will have another hard fork to implement a new PoW algorithm.”

“This is what will be required to make fair mining accessible to the general public once again,” Robert Khune, a strategist at the Bitcoin Gold project, told Bloomberg in October 2017. “A successful fork will prove that Bitcoin always has the ability to escape from any potential abusive mining hardware manufacturers.”

Nevertheless, BTG was off to a rocky start. Straight after launching on Oct. 24, the project experienced a major security breach. According to the BTG team’s tweet sent out on that day, their cloud site was experiencing around 10 million requests per minute, which was blocking out legitimate traffic.

A few hours later, Bitcoin Gold tweeted that the attack had been “handled,” but that “it will take a bit more time” for the site to be operating normally. The website eventually went online, but the community’s backlash was evident at that point: The DDoS attack coincided with a number of angry posts regarding BTG flaws, where community members pointed out that around 100,000 of BTG coins were allegedly premined — the confusion was later clarified by the dev team, who explained that some of the coins were set aside as a bonus for the team — while GPUs could be used in large-scale mining operations just as ASICs.

As per the nature of a hard fork, to claim BTG coins, crypto users had to hold the original Bitcoin at the time of the fork to automatically receive an equal amount of BTG at the same address. BTG team warned that the fork was set to be performed in November 2017, and reminded to check if crypto exchanges supported the hard fork to those who held their BTC on external platforms instead of private software or hardware wallets. Normally, ahead of a major hard fork, crypto exchanges make an announcement explaining whether their customers would be reimbursed with the new coins or not.

Thus, ahead of the hard fork, a number of large crypto exchanges — including Coinbase, Poloniex and Kraken — declared that they chose not to support BTG (although Poloniex actually did it approximately four hours after the fork):

“Information about this fork has been limited and there are concerns about its security and stability,” Coinbase stated in a press release. “As a result, we do not believe it is safe to allow support for Bitcoin Gold at this time.”

That kind of response from some of the industry players has partially been provoked by the fact that, for a limited time, BTG was in danger of replay attacks. During a short period after the hard fork launched, the cryptocurrency had not implemented full replay protection — a safety feature that makes sure that transactions on one chain are invalid on the other chain. However, this issue was resolved by Nov. 1, 2017.

Interestingly, another major United States-based crypto exchange Bittrex announced a couple of days prior to the fork that it was supporting BTG — however, it also warned its customers about a number of potential shortcomings associated with the new currency. Bittrex stated that, at the time, Bitcoin Gold did not have “fully formed consensus code; [an] implemented replay protection; adequate code for testing and auditing; publicly known code developers.” And the exchange reminded its users about the premine issue:

“Bitcoin Gold codebase also contains a private premine of 8,000 blocks (100,000 BTG). Please be aware that if a market does open, there is a possibility of the developers selling their premined BTG on the open market.”

Rocky launch followed by a heist

On Nov. 13, Bitcoin Gold became mineable, as the team tweeted: “For those who had doubts, BTG blockchain was born. #1CPU1VOTE”

“A massive attack was made in an apparent effort to disrupt the mainnet launch, but the Bitcoin Gold team managed to get the network up and running… albeit a little later than planned,” BTG developers added in an official release post following the launch.

Nevertheless, the BTG launch was complicated yet again, although with a much more common kind of scam in the crypto world: The thieves used the Twitter handle @bitcoingolds as a basis to trick migrating users into handing over their cryptocurrency.

Furthermore, in late 2017, the BTG website was compromised for an unspecified amount of time, as it promoted a link to a fake BTG wallet, encouraging users to upload their old private keys to claim their free BTG tokens. An archived version of the website confirms this. The BTG team had also reportedly tweeted links to the fraudulent wallet and bolstered users to use it, leading to a hefty total of $3.3 million getting stolen.

On May 18, Bitcoin Gold had reportedly experienced its largest hack to date. The hijackers managed to amass more than $18 million in BTG from various exchanges, including Bittrex.

Following the hack, the Bitcoin Gold team explained that the attackers were deploying a combination of a 51-percent and double-spend attack in order to defraud crypto exchanges. They noted that the attackers were targeting exchanges since they “accept large deposits automatically, allow the user to trade into a different coin quickly and then withdraw automatically.”

Thus, the fraudsters were making large BTG deposits on exchanges and, at the same time, sending the same funds to their own crypto wallet. By the time the exchanges realized that the transaction was fake, the hackers had already withdrawn funds from exchanges and multiplied their original funds.

Bittrex has not specified the amounts they lost as a result of the BTG attack. However, the exchange has reportedly requested more than 12,000 BTG (worth around $255,000, as of press time) as a compensation from Bitcoin Gold for the double-spend attack.

While Bittrex has blamed BTG’s PoW algorithm as the reason that led to the double-spending attack, Bitcoin Gold claimed that their team “is not responsible for security policy within private entities like Bittrex,” adding that the exchanges “must manage the related risks and are ultimately responsible for their own security.” However, with that, BTG developers acknowledged the risks represented by their own blockchain and have already announced a hard fork upgrade plan.

Following the latest attack on BTG, the Bittrex exchange decided to delist the currency from their exchange by Sept. 14, a move which found approval among a number of Reddit users. Bittrex handles about 3.40 percent of BTG/BTC transactions as of press time, according to CoinMarketCap data.

In response, the Bitcoin Gold development team issued a statement, in which it argued that, eventually, Bittrex mitigated their ultimatum:

“Bittrex informed us that they make this decision because the BTG team would not ‘take responsibility for our chain,’ and that taking responsibility meant paying Bittrex 12,372 BTG to cover the loss they incurred. They later informed us they would cover part of the loss from their own BTG reserves and requested we pay the remaining ~6,000 BTG ($127,000), and that if we did not, we would be delisted.”

While it is yet unclear if other exchanges will follow Bittrex in delisting BTG, at press time, Bitcoin Gold’s market share amounts to $368 million, and the coin is trading at around $21.39, ranking 30th by market cap, according to CoinMarketCap data. In 2017, its performance was much more impressive, with BTC’s price plunging after the emergence of BTG, which ranked 5th in terms of total market cap by the end of the year.