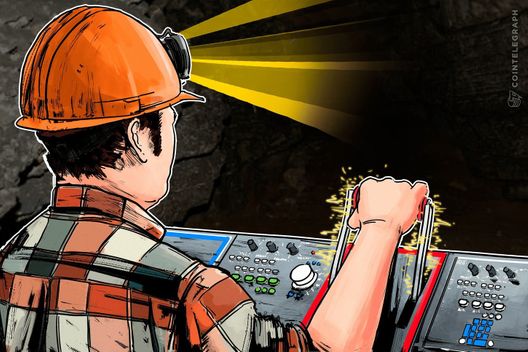 Ahead of an informal meeting of E.U. ministers, a report from a Belgian think tank calls for uniform regulations on cryptocurrency exchanges and Initial Coin Offerings across the E.U.

A report from a Belgian think tank that will reportedly be distributed to European Union (E.U.) ministers calls for unified legislation on cryptocurrencies and more scrutiny on how they are distributed to investors, Reuters reported September 5.

The report, ostensibly released by Brussels-based think tank Bruegel, comes ahead of an informal meeting of economic and financial affairs ministers from the E.U. on cryptocurrency investments and taxation of the digital economy. The meeting will take place in Austria from September 7-8.

According to Reuters, the report urges the regulation of cryptocurrency exchanges and Initial Coin Offerings (ICOs) at the E.U. level in order to manage associated risks and harness the potential of blockchain technology.

At the same time, Bruegel reportedly notes that the virtual nature of cryptocurrencies limits the development of regulations, while entities operating crypto trading platforms could face stricter disclosure rules, or even a potential ban.

Drawing on global experience, Bruegel notes the Chinese approach to cryptocurrency market regulation, suggesting “as done in China, mining farms can be forbidden.”

The report added that there may be a “scope for regulatory arbitrage” following the crackdown on crypto business in Asia, citing the upcoming move of crypto exchange Binance to the island state of Malta.

Bruegel notes that regulators should tolerate crypto exchanges that move in order to seek jurisdictions with more laissez faire regulations, stating that there is a need “to experiment and learn about the best approaches to this fast-developing technology.”

On August 30, Bloomberg reported that E.U. ministers plan to discuss the challenges posed by digital assets and the possibility of tightening regulations at the upcoming meeting.  Per a draft note seen by Bloomberg, participants will also discuss a general lack of transparency in the industry and the potential for cryptocurrencies to be used for tax evasion, terrorist financing and money laundering.

Earlier today, Cointelegraph reported that members of the European Parliament along with blockchain experts held a meeting entitled “Regulating ICOs — Is the Crowdfunding Proposal what we were looking for?” on Tuesday to discuss possible regulations for ICOs. The attendees examined potential complications currently arising in the ICO industry.