According to Mao’s graphic, if Bitcoin’s price hits lower than 36,792 yuan (about $5,376) point, this would mean that mining the cryptocurrency on an Antminer T9 would be unprofitable. In the case of using an S7 model miner, the break-even point amounts to a significantly higher 79,258 yuan (about $11,581) Bitcoin price point. 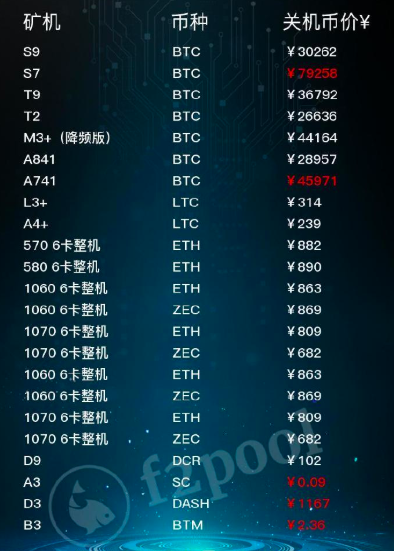 In contrast to S7, mining Bitcoin on Antminer T9 model that was released in January 2017, is still profit-making at Bitcoin’s currently prices, while the newer Innosilicon T2 has the lowest threshold, amounting to 26,636 yuan or about $3,891.

At press time, Bitcoin is trading at $6,452, according to Cointelegraph’s Bitcoin Price Index

In mid-August, U.S. graphics processing unit (GPU) manufacturer Nvidia revealed that crypto mining hardware sales were much lower than expected in Q2 2018, claiming that the company does not expect to make significant blockchain-related sales for the rest of the year.