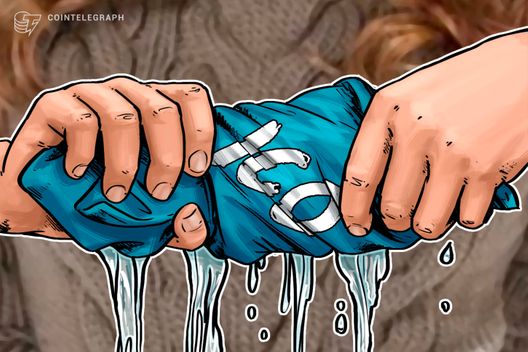 According to a recent study, ICO funding has dropped to its lowest level in 16 months.

Funding for Initial Coin Offerings (ICOs) has seen its hardest slump in 16 months, Bloomberg reported September 10. Analysis from Autonomous Research shows that in August, startups raised $326 million, which is the smallest amount since May 2017.

According to Autonomous Research, Ethereum (ETH) blockchain-based ICOs have been recognized as the spark for the ETH price surge in 2017. However, they are currently the purported reason for the currency’s price slide, as some projects cash out to cover expenses amid concerns over a bearish market.

The new analysis comes as legislators and regulators globally express concern regarding ICOs. Last week, Members of the European Parliament along with blockchain experts discussed possible regulations for ICOs. One member pointed to the “dramatic increase” of ICO volumes in 2018, despite the increasing number of reports on fraudulent ICO projects.

Peter Kerstens, chairman of the the European Commission’s Taskforce on Fintech, said that the fact that ICO tokens are not “intermediated,” which means there is no third party between issuers and investors, is the main point of concern from a regulatory perspective.

A recent report from Belgian think tank Bruegel presented last week calls for unified E.U.-level legislation on cryptocurrencies, ICOs, and more scrutiny on how crypto is distributed to investors. Bruegel reportedly notes that the virtual nature of cryptocurrencies limits the development of regulations, while entities operating crypto trading platforms could face stricter disclosure rules, even a potential ban.

The Australian Securities and Investments Commission (ASIC) revealed plans to increase scrutiny of cryptocurrency exchanges and ICOs in its “Corporate Plan” published last week. Specifically, the agency plans to ensure any “threats of harm” from the nascent industry are mitigated as part of its regulatory remit.