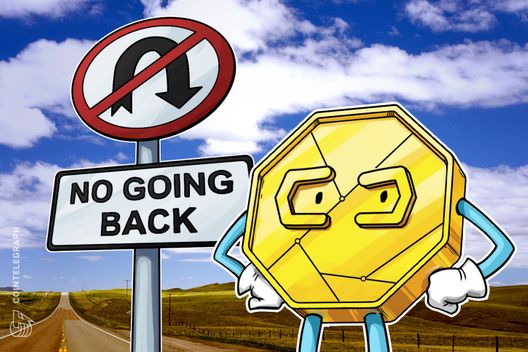 The CCO of BitPay says altcoins will “never come back,” calling Bitcoin “the leader in the space” to rebound in 2019.

The Chief Commercial Officer of global crypto payment processor BitPay said that altcoins “will never come back,” while Bitcoin (BTC) will “rebound” in 2019, in an interview with Bloomberg September 12.

The CCO of BitPay Sonny Singh said that cryptocurrency markets are now on the threshold of a new stage of progress, which requires a certain “defining moment,” or a “catalyst.” According to Singh, that “defining moment” will come when big institutional investors, such as Goldman Sachs and BlackRock, “become real” in 2019.

However, while predicting that Bitcoin “will rebound next year,” Singh was mostly bearish on altcoins. Singh said that altcoins “will never come back” to their previous levels, stating that firms like Fidelity and BlackRock are “not going to launch altcoin products, they’re going to launch Bitcoin products.”

Talking specifically about BitPay, the company’s CCO claimed that the they have “never been more bullish” on Bitcoin, saying the industry is going “full-speed ahead,” with a growing number of partnerships and new hires.

In this regard, BitPay was recently integrated by luxury auto retailer Post Oak Motor Cars to enable the U.S. dealership to accept BTC and Bitcoin Cash (BCH) as payment for Rolls-Royce, Bentley and Bugatti.

Concerning new “big entrants” to the industry, anonymous sources today revealed that U.S. banking giant Morgan Stanley is planning to offer clients Bitcoin trade swaps, which would enable them to trade crypto derivatives without holding any of the cryptocurrency.