Crypto markets see a sharp decline, with Bitcoin dropping by $200 within a few hours and total market cap below $200 billion again.

Crypto markets have seen a sharp decline today, September 18, with Bitcoin (BTC) down $200 and market cap dropping as low as $192 billion within a few hours. As of press time, 93 out of 100 top cryptocurrencies by market capitalization are in the red, while losses among the top 20 coins reach over 10 percent, according to CoinMarketCap.

Bitcoin (BTC) is down around 3.5 percent over the past 24 hours, having failed to hold the $6,500 support, with its price dropping by almost $200 within five hours. At press time, the major cryptocurrency is trading at $6,283. 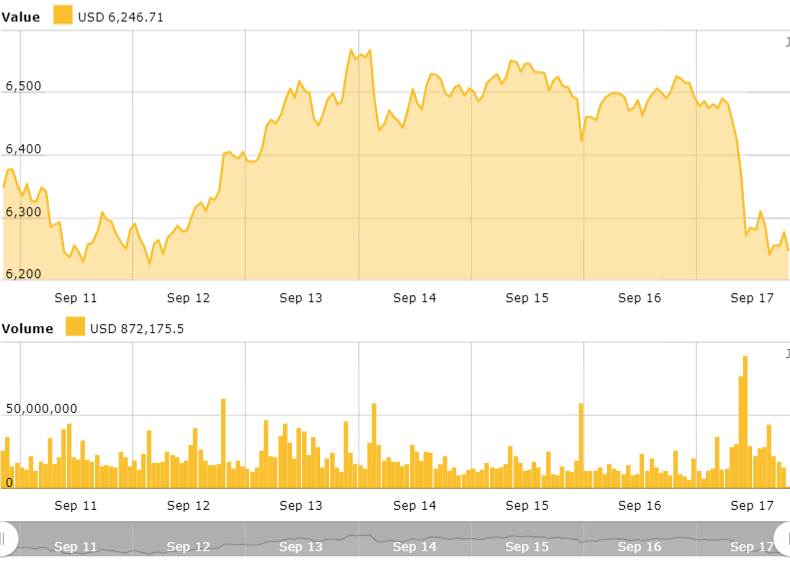 Ethereum (ETH) has suffered the most losses among the top 10 coins by market cap, down almost 11 percent over the 24 hour period, dipping below the $200 price point within an hour. The top altcoin is trading at $197 as of press time, losing its weekly gains, down around 0.6 percent over the past 7 days. 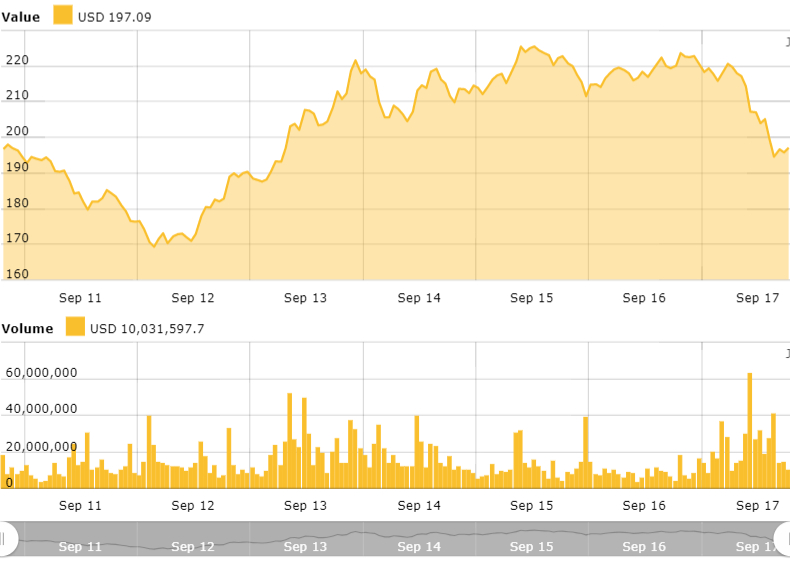 Total market cap has again dipped below $200 billion, currently amounting to $192 billion after an intraday high over $204 billion. 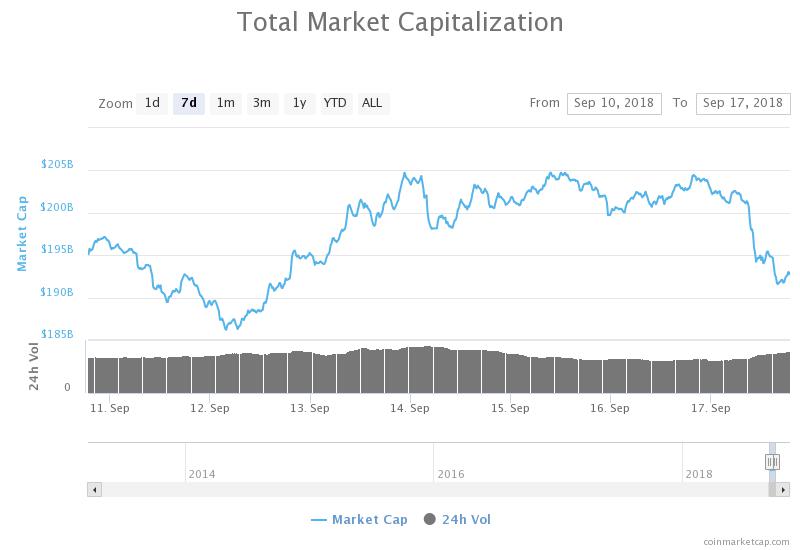 Bitcoin’s dominance as a percentage of market capitalization has seen a rise from 55.5 percent to 56.4 at press time. 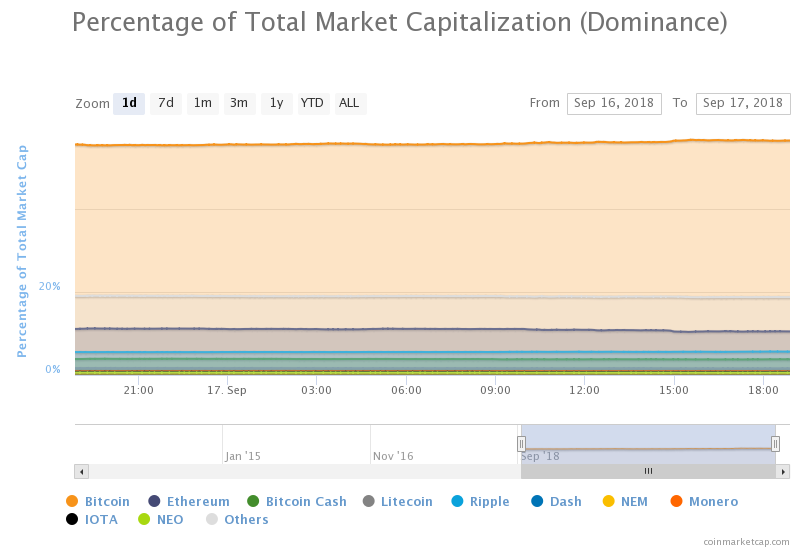 Recently, senior Dubai law enforcement official Lt. General Dhahi Khalfan Tamim suggested that digital currencies will “soon” replace cash, claiming that the only obstacle to the mainstream adoption of the industry are lack of public awareness as well as crime prevention policies.

With that, Ripple’s head of regulatory relations for Asia-Pacific and the Middle East stated today that crypto assets and blockchain technology are now being addressed in a more holistic manner by global policymakers.