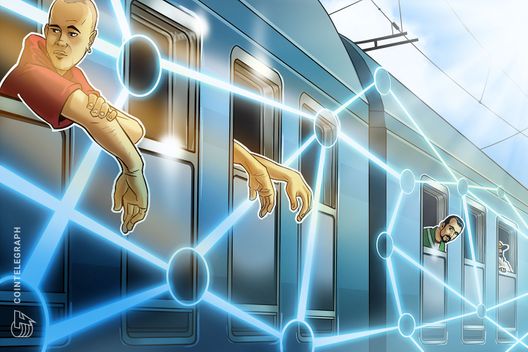 George Soros and the United Nations are already into it

As the United Nations Refugee Agency warned in the first days of September, the death rate for refugees attempting to reach Europe has risen. That sounds even more cruel considering that the numbers trying to make the crossing has fallen.

For every 18 people crossing to Europe over the central Mediterranean between January and July 2018, one person died. This is twice more than over the same period in 2017, when there was one death for every 42 refugees and migrants attempting the crossing.

Summer in the United States brought the scandal with U.S. Immigration and Customs Enforcement agency (ICE) and Customs and Border Protection Agency (CBP). Both bodies were accused of having a zero tolerance policy and of separating illegal immigrant children from their parents. Annual immigration arrests have soared since January 2017, from 110,568 in 2016 to 143,470 in 2017.

Although the buzzwords ‘refugee crisis’ were left in the year 2015, the problem of mass migration remains one of the central topics in the 21st century, given the vast number of economical and socio-political crises — from Syria to Venezuela — and even the global climate migration crisis, awaited by scientists. Given the importance and difficulty of a decent migration policy, can we rely on decentralized technologies to make it better? In fact, yes.

The first and foremost problem that could arise if you’ve been displaced or are fleeing from war, terror or hunger is the loss of documents. Refugees can be left without their passports, proprietary rights or diplomas during an emergency escape and the lack of security on their way to the countries of asylum. That, in turn, leads to problems and delays in the bureaucratic process of their identification and acceptance into their new homeland. As Norwegian Refugee Council research found, 70 percent of Syrian refugees lack basic identification and documents showing ownership of property.

Host nations certainly has a share in the damage, as they face problems concerning the accessibility of vital information about the newcomers — dealing with the undocumented refugee, the immigration service can’t gain the information about his/her health status, family ties or criminal record, or verify any other vital data that helps them make a decision. Needless to say, this may lead to the designation of refugee status being exploited by economic migrants, fugitives or even the war criminals that caused the mass displacement to begin with.

Not only governmental bodies deal with an individual’s documents, and thus the problems could get worse after asylum or even a new passport is granted. Being less binded by humanitarian ethics, business could have even more rigid demands for proven documentation. It’s hard enough to get a high-qualified and well-paid job even for a native professional, but the absence of a diploma lowers one’s chances to close to zero — regardless of real skills and career experience.

The same could be applied to the myriad of other aspects of life in our highly bureaucratized world. From public medical assistance to bank credits, the lack of necessary papers put refugees in an excluded position and pushes them to other traditional structures — based on ethnicity or religion — that offer some compensation and assistance in the face of the host nation’s indifference. The results of such dynamics can barely be labelled as successful integration.

Another important issue is data security. Refugees’ personal identities are carefully re-established with the support of clever biometric systems set up by the U.N. Agency for Refugees (UNHCR). UNHCR registers millions of refugees and maintains those records in a database. But the evidence suggests that centralized systems like this could be prone to attacks. As a report on UNCHR’s site notes, Aadhaar — India’s massive biometric database and the largest national database of people in the world — has suffered serious breaches, and last year, allegations were made that access was for sale on the internet for as little as $8.

But there’s a great distance between asylum seekers and their problems as a legal migrants in a new country — and not every refugee is able to cover it, even if all the necessary documents were brought safely. Despite the significant financial supply and the attention of various national, multinational bodies and nongovernmental organizations (NGOs), the problem of governance and funding remains a serious flaw in immigration policy.

Awaiting the decision of host nations, refugees spend months and years in camps and centers, where they often lack the basic comforts and even security. Rounds and rounds of interviews, documents and appeal procedures separate them from their new life and they’re not safe from the failures and ineffective communication within the system. And the cost of a ‘statistically rare’ error is the individual destiny.

Money distribution is another fundamental bureaucratic activity with a high risk of errors and malpractice. The cost of error is shockingly high. Researchers at the Bristol-based group Development Initiatives estimated that at least $22 billion of the $100 billion-plus reported by donors as bilateral official development assistance in 2011 was never transferred to developing countries. The money was instead spent on activities in donor countries, or put toward the cancellation or rescheduling of debts. In its report about the efficiency of Greek refugee camps in the midst of the Syrian crisis, subsidized by various international bodies, The Guardian cited an anonymous senior aid’s official estimation that as much as $70 out of every $100 spent had been wasted.

In its 2017 report, Human Rights Watch warned about the lack of transparency in donor funding, specifically in providing education opportunities for at least 1.6 million school-age children from Syria. NGOs accounted for hundreds of millions of under-delivered funds and highlighted the main problems — among them were the lack of information about the projects that donors are funding and their timing; and a lack of consistent, detailed and timely reporting by donors.

Finland, a country with a population of 5.5 million, cannot boast huge numbers of refugees. For 2018, it set a quota of 750 people, mainly flying from Syria and the Democratic Republic of Congo. That’s way less than neighboring Sweden, which promised to take in 3,400. Nevertheless, the country sets a global example of the use of effective technology in immigration policy: It’s using blockchain to help the newcomers get on their feet faster.

For three years already, the Finnish Immigration Service has been giving asylum seekers prepaid Mastercards instead of traditional cash disbursements, and today, the program has several thousand active cardholders. The card is linked to a unique digital identity stored on a blockchain. The system, developed by the Helsinki-based startup MONI, maintains a full analogue of a bank account for every one of its participants.

People can use their accounts to pay bills, shop or receive salaries. Every transaction is recorded in a public database maintained by a decentralized network. This enables the Immigration Service to keep track of the cardholders and their spending. And for immigrants, a MONI account means a simple and ready-to-use banking tool, as well as the permanent ability to verify their identification to their employers.

From Soros secrets to U.N. adoption

Speaking at the World Economic Forum in Davos in January 2018, the billionaire investor and philanthropist George Soros revealed that his structures already use a blockchain in immigration policies:

“Blockchain technology can be put to positive use. And we use it, actually, in helping migrants to communicate with their families and to keep their money safe and to carry it with them.”

However during the Q&A session, Soros didn’t reveal the details of this implementation and no additional information has been shared ever since. While billionaires keep their good deeds in secret, the U.N. — the main international force in providing humanitarian aid and migration assistance — already stepped up in adopting blockchain technology.

In 2017, Accenture and Microsoft Corp. teamed up to build a digital ID network using blockchain technology, as part of a U.N.-supported project to provide legal identification to 1.1 billion people worldwide with no official documents. The companies unveiled a prototype of the network at the U.N. headquarters during the second summit of ID2020.

The aim of the tool is to store biometric data — a fingerprint or an iris scan — on a blockchain and thus help individuals prove their identity, even in the case of the loss of paper documentation. The platform also will connect existing record-keeping systems of commercial and public entities. David Treat, a managing director in Accenture’s financial services practice, went as far as to state that such digital identity is a “basic human right”:

“Without an identity, you can’t access education, financial services, healthcare — you name it. You are disenfranchised and marginalized from society.”

The U.N. is no stranger to the blockchain at all. The multinational body held a variety of public events discussing the innovative technology — and in July 2018, even set up the “High-Level Panel on Digital Cooperation,” which explicitly puts blockchain technology on the agenda. Earlier in May, it signed a Memorandum of Understanding (MOU) with blockchain platform IOTA to explore how the technology could increase efficiency.

The organization is also responsible for one of the largest-ever implementations of the Ethereum blockchain for a charitable cause in recent history. In May 2017, the U.N.’s World Food Programme (WFP) directed resources to thousands of Syrian refugees by giving the refugees cryptocurrency-based vouchers that could be redeemed in participating markets.

The codes of cryptographically unique coupons representing an undisclosed number of Jordanian dinars have been sent to dozens of shops. What it takes from cashiers is just to verify the user’s identity by using eye-scanning hardware. The pilot program alone, which ran for 10,000 Syrian refugees, has been said to save the agency $150,000 a month while eliminating a 98 percent of bank-related transfer fees.

In February 2018, Robert Opp, a director at the World Food Programme, told Bloomberg that the U.N. would expand its blockchain-payments system. The agency expects to cut millions of dollars in bank transfer fees by switching to distributed ledgers based on the Ethereum digital currency network. WFP’s official site mentions that, as of January 2018, more than 100,000 people residing in camps have redeemed assistance through the system. And the next stage of the project will see an expansion to all 500,000 Syrian refugees in Jordan receiving support from the WFP.

Of course, blockchain can’t solve all of the political problems that immigration policy suffers. It’s just a technological tool — albeit a very ambitious one — and it won’t teach the xenophobes compassion, and won’t guarantee refugees successful cultural integration or create well-paid, meaningful and socially protected job vacancies. It is useful for policy but can’t be a substitute for political will.

We also can’t simply brush off the controversial nature of the degree of control which blockchain promises to the host nations and humanitarian agencies. Decentralized ledger technology (DLT) undeniably takes pride in its crypto-anarchic and cypherpunk roots, and challenges the power we’ve given to governments and financial systems. Thus, we can’t question something illiberal in those biocontrol capacities that blockchain could help obtain for governmental immigration agencies.

Immigration probably won’t become a less problematic topic any time soon, as long as we have wars, hunger and inequality — not to mention the looming threats of climate change — and the lack of a final philosophical solution to the question of borders and national welfare. But what blockchain could do is to help refugees get more transparent and generous financial aid, save their vital documents and track the process of applications without any human mistakes. That sounds like a good package for a start.