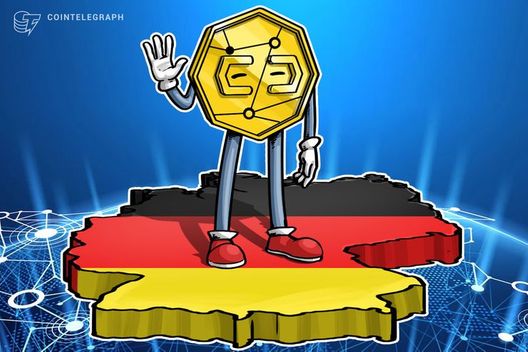 “I would doubt today, whether it has a perspective as a currency model, ” said Scholz at a “citizens dialogue” at the German-Dutch Army Corps in Münster. Scholz compared cryptocurrencies to the tulip fever bubble in the Netherlands in the 17th century saying, “and the danger is great that there will be such a tulip inflation.”

Scholz said that the necessary computer processes for the mass implementation of cryptocurrencies are so expensive and energy-intensive that it could not work, but that he did not want to speak for the future “20 to 30 years.”

According to Scholz, cryptocurrencies should also be closely observed by regulators, as they could be used for terrorist financing, money laundering or other criminal activities. He added that “…we do not believe that they already have an economically significant importance today.”

European legislators have met in several capacities in the past several weeks in order to discuss their concerns over cryptocurrencies and the potential remedies to problems associated with digital assets.

On September 4, members of the European Parliament met to discuss regulations for Initial Coin Offerings (ICOs), which while being a “very interesting and promising vehicle instruments” for raising capital, require more regulatory oversight in the view of many European legislators.

At a recent meeting of the Economic and Financial Affairs Council in Vienna, European Commission Vice President Valdis Dombrovskis claimed that crypto needs further regulation. While noting that crypto is “here to stay,” Dombrovsksis stressed that the European Union (E.U.) will focus on the development of crypto asset classification and regulatory mapping.

Prior to the aforementioned meeting, a report by Belgian think tank Bruegel urged European regulators to adopt uniform regulations on cryptocurrencies at the E.U.-level. The report notes that while regulations are left to national entities, there is an opportunity for “regulatory arbitrage” for crypto businesses.