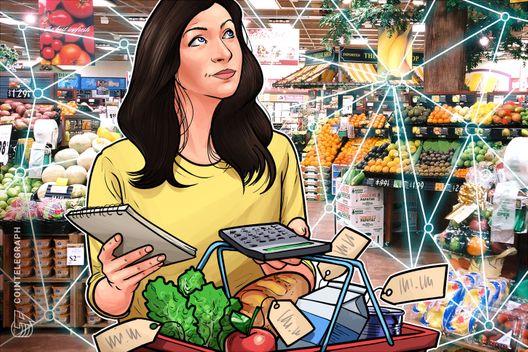 Walmart will require its suppliers of leafy-greens to implement blockchain technology by September 2019.

The end-to-end traceability system is based on distributed ledger technology (DLT) developed by computing giant IBM. According to the report, Walmart will require suppliers to implement blockchain tech by September 2019.

The company’s Vice President of Food Safety, Frank Yiannas, stated that Walmart will require a similar traceability system “for other fresh fruit and vegetable providers within the next year.” Walmart told Bloomberg that over 100 companies will be required to implement IBM’s blockchain service.

Walmart claims that blockchain tech implementation will “dramatically [improve] efficiency.” Frank Yiannas conducted a traceability experiment with sliced mangoes, asking his team to track that product back to a farm:

“It took them nearly seven days, as the methods of tracking today are antiquated — sometimes done with pencil and paper.”

The company claims that with blockchain technology, that process will take just 2.2 seconds.

According to Reuters, the U.S. Centers for Disease Control and Prevention (CDC) consulted with Walmart to improve product traceability in order to help health officials track and manage the outbreaks of foodborne illnesses.

Earlier this year, five people died and dozens more were hospitalized in an outbreak of the E. Coli virus in the U.S. The CDC estimated that over 200 people were infected in total.

Recently, Walmart filed tech-related patents for several different blockchain applications, including the improvement of secure deliveries, methods for managing smart appliances, and a healthcare information system, among others. In June, Walmart and nine other companies partnered with IBM to release a blockchain-based system for tracking food through its supply chain globally.