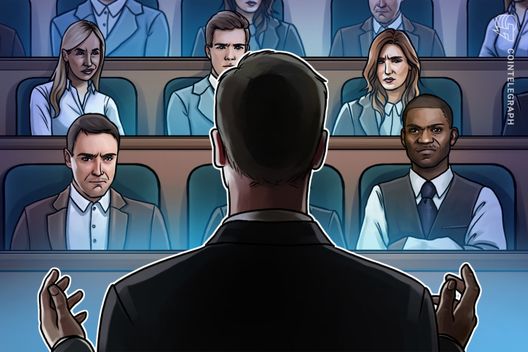 While Bitmain’s IPO launch date is getting closer, recent retractions of large investor participation, increased competition, and possible losses may affect the company’s leading position on the market.

The views expressed here are the author’s own and do not necessarily represent the views of Cointelegraph.com

Bitmain, the world market leader for mining equipment, on the eve of an epic IPO — which could become the largest in the entire history of the IT market — is experiencing an equally epic publicity and information attack. Despite the fact that the upcoming IPO is getting closer, as demonstrated by a draft application for registration recently filed by the company on the Hong Kong Stock Exchange, its success may be questionable.

The fact is that, since Aug. 21, official refutations have started to appear on the internet from companies that were previously listed in the Bitmain investor list. Beginning with SoftBank, the rumor about participation in the company’s IPO was also denied by DST Capital.

Without making unequivocal conclusions, let’s try to figure out whether there is any smoke when it comes to Bitmain’s IPO claims — to which its founder, Jihan Wu, prefers not to respond. 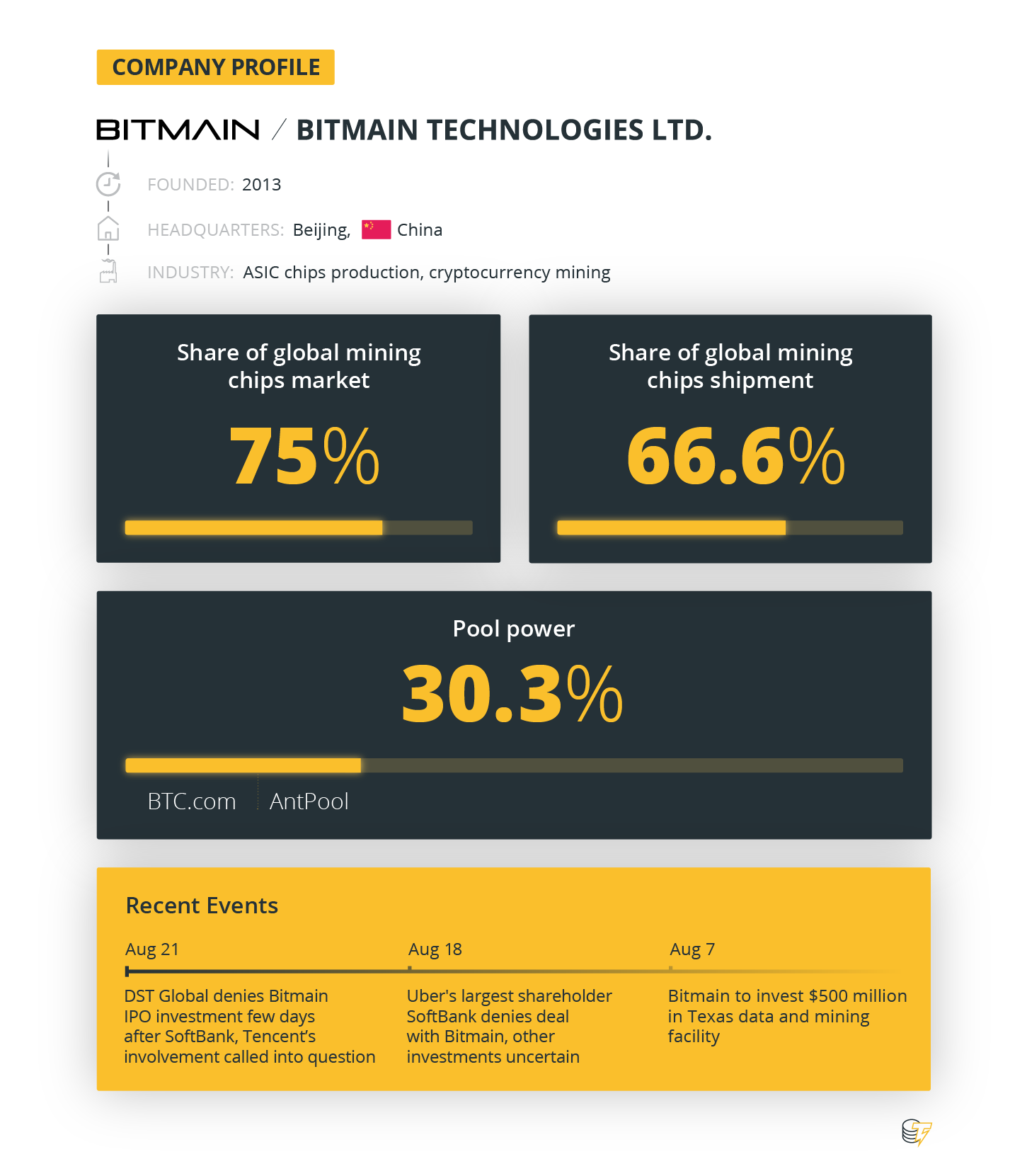 On June 6, media presented information that Bitmain’s IPO on the Hong Kong Stock Exchange was scheduled for September 2018 and, according to investment analysts, was expected to raise anywhere from $3 billion to $18 billion, thereby becoming the largest initial public offering in the IT market’s history, beating Facebook with its $16 billion.

However, on August 6, the company gave a more cautious outlook on the IPO date, taking the gap between the fourth quarter of 2018 and the first quarter of 2019. Nevertheless, a draft application for the listing on the Hong Kong Exchange indicates that the giant’s intention is getting stronger and the date for the launch of the initial offering is getting closer. Additionally, as part of the approval process, Bitmain has submitted a prospectus where it reported new financial data which was closed before.

According to the updated information, Bitmain earned $701 million in net profit in 2017, while various estimates show that the annual income for the same period ranged from $1 billion to $4 billion. A gross income claimed for the first half of 2018 exceeded the one received for the whole previous year and comprised $743 million, despite a significant fall in the crypto market.

However, according to the report published by BitMEX at the end of August, Bitmain could face “visible losses, which might be caused by “allegedly investing the majority of its operating cash in 2017 in acquiring Bitcoin Cash (BCH).” Experts believe the estimated potential losses could reach $328 million.  Additional calculations show that the ratio of the $2.5 billion revenue to the $701 million net profit in 2017 is more positive than that of 2018 ($2,5 billion and $743 million). Further analysis made by the BitMEX team implies “Bitmain are currently loss-making, with a negative profit margin of 11.6% for the main S9 product and a margin of over negative 100% on the L3 product.” 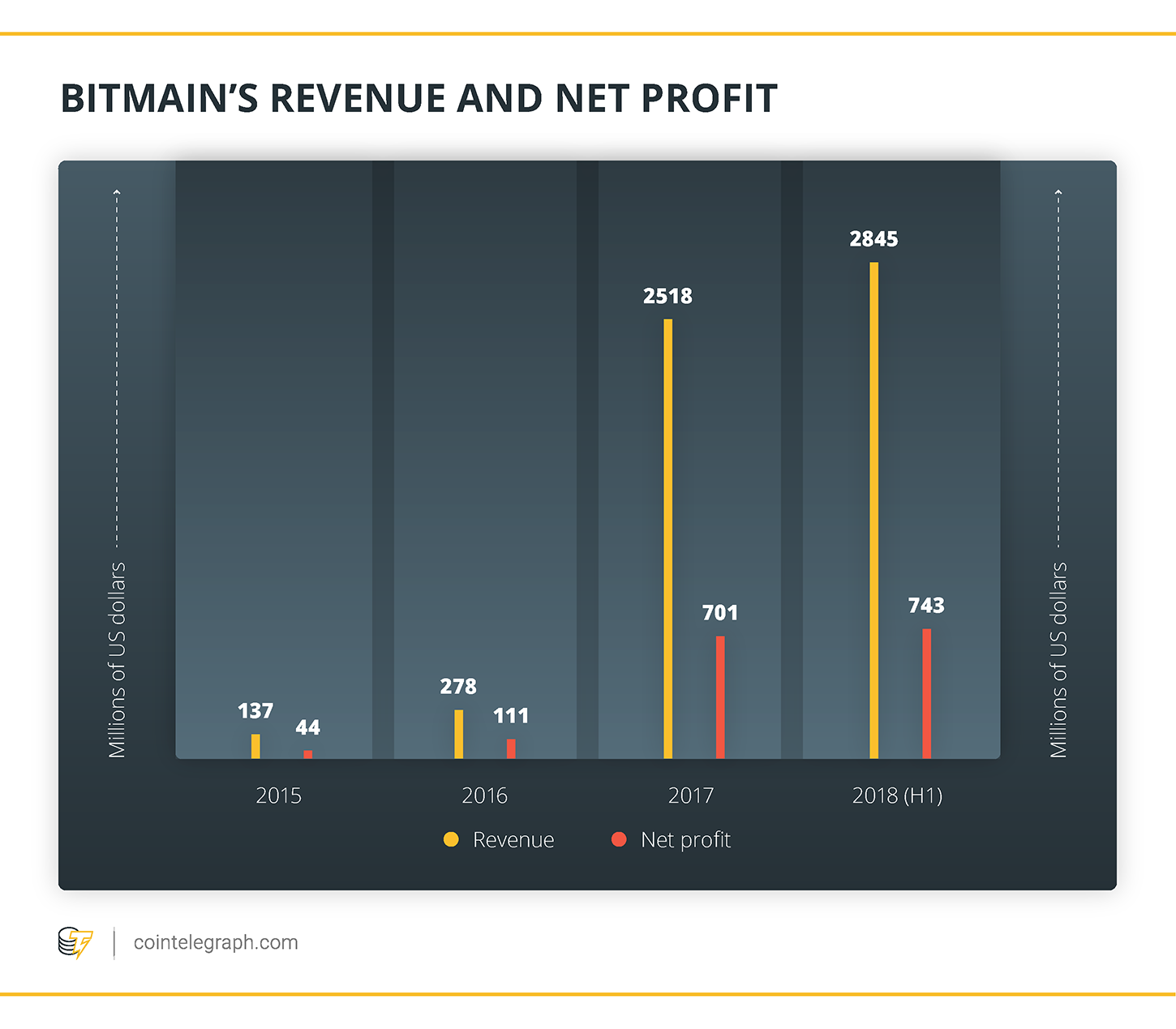 Given the continuing decline in Bitcoin’s price and the challenging situation in the mining hardware market, some experts suggest that the company’s IPO may become a challenging task. Although the corporation still remains the industry leader, with 60-70 percent share of the ASIC production market.

As of the beginning of October, the capitalization of Bitmain has reached $12 billion with its latest funding round in August 2018 reported to be $442.1 million. In total, Bitmain has raised $784.8 million to date and was rumored to have accumulated around 51 percent of the Bitcoin network hash — or that it was at least close.

One of the reasons the research group Sanford C Bernstein & Co. is given as an argument on why Bitmain may strongly need to start its IPO, is increased competition. Wall Street may also be occupied by the company Chinese Canaan Inc., whose value is estimated at about $500 million and Ebang International Holdings Inc., registered in the Cayman Islands. Both companies also announced an IPO with plans to begin before the year ends, which will also take place on the Hong Kong Stock Exchange. According to Reuters, Ebang is planning to raise up to $1 billion, while Canaan is targeting at least $400 million, which in total is 2 times smaller than the sum planned by Bitmain.

The challenges Bitmain is facing

In the middle of the summer, the media reported that Bitmain had held its first round of the pre-IPO and that among the investors there was a co-owner of Uber, Japanese SoftBank and Chinese IT giant Tencent, which developed the WeChat platform. WeChat itself is reported to be ahead of Facebook in terms of capitalization with the market valuation of $534,5 billion against $519,4 billion. Later, the insider information was released about DST Global participating in the pre-IPO.

Neither references to Bitmain’s publications disseminating information, nor the company’s comments on these data were provided. Information was distributed in Twitter with a reference to an investor deck screenshot.

It is highly risky but yet institutional investors like GIC, Sequoia and etc, have invested. Institutions FOMO and invest without sufficient due diligence – or maybe they want to buy BCH bags from Bitmain. Beats me pic.twitter.com/79BzNw3eZt

By August, all three companies named originally as investors in Bitmain’s pre-ICO, have issued public denials. But this was only the beginning.

In late August — theoretically on the eve of September’s IPO, the analytical agency Sanford C. Bernstein & Co., which in 2000 merged with Alliance Capital, published a detailed report analyzing the challenges of Bitmain’s IPO.

The study is devoted to Bitmain and contains clear indications of the Chinese giant’s loss of technological advantage, connected with increased competition and the purchase of a large amount of Bitcoin Cash, which could pose a significant risk to the company if the digital token declines. Moreover, Bloomberg, which detailed the report of Sanford C. Bernstein & Co., pointed out that analysts directly called for Bitmain’s technological partner — Taiwan Semiconductor Manufacturing Co. — not to produce chips for ASIC-miners without a full prepayment.

Meanwhile at the Bitmain headquarters

The Chinese giant is consistently expanding its mining empire. In August, Cointelegraph reported that NVIDIA left the mining equipment market, unable to withstand the severe competition of Bitmain. Thus, it appears that 85 percent of the world’s mining equipment production market has come under the control of Bitmain, a figure with which the analysts of Sanford C. Bernstein & Co. agree.

More questions are raised by the above mentioned purchase of BCH, which according to some users, was either a risky investment, given the unstable market situation, or was made with the purpose of not disclosing Q2 income.

To recap the Bitmain disaster recovery IPO:
1) They sold most of their $BTC and have now over 1 million $BCH
2) They purposely didn’t include the Q2 numbers for Pre-IPO buyers since they were a disaster
3) They told Pre-IPO buyers they would use some of the money to buy more BCH

BITMAIN holding 1M+ BCH is a very powerful statement that they have skin in the game and put their money where their mouth is. It’s a good and calculated move, and it’s not wise to underestimate them.

At the presentation for investors, Bitmain reported that, since the end of 2017, it consistently traded Bitcoin Cash for any available Bitcoin, despite the fact that the company lost about $500 million. A slide taken from an investor deck was published in Twitter, and caused a stormy reaction in the crypto community.

According to the Bitmain pre-IPO investor deck, they sold most of their #Bitcoin for #Bcash. At $900/BCH, they’ve bled half a billion in the last 3 months. If Bitcoin Core devs didn’t disclose the Bcash vulnerability, it could’ve wiped a billion dollars off their balance sheets. pic.twitter.com/9BMywdvvby

While information about the future IPO and the monopolized market was teeming with passion, Jihan Wu himself shared his opinion regarding the futility of ICOs and the prospects for Bitcoin Cash in an interview with Coingeek.

An imperturbable 32-year-old Chinese billionaire called ICOs “a bubble that will last for two years and then burst,” followed by the securities of crypto startups released on the blockchain. The Bitmain owner predicted a rate of $100,000 of Bitcoin’s fork — Bitcoin Cash (BCH) — and a dominant position in the market by 2023, as he believes only BCH corresponds to the real vision of Satoshi Nakamoto. Having intrigued Bitcoin evangelists in this way, Jihan Wu completed the interview without commenting on the prospects of his future IPO.

Bitmain has accumulated a lot of BCH, but there is no liquid market and there is no demand outside the market. A lot of ASIC-devices were released, but their profitability decreases as the complexity of BTC mining grows. So far the company has not developed any AI initiatives since the moment Jihan mentioned his plans to take on Nvidia.

The IPO process may be hindered by some of Bitmain’s mistakes, such as “producing too many units and buying too many speculative altcoins in a bull market,” BitMEX analysts say. Still they are not so catastrophic and “typical” of mining producers management teams.

The exchange specialists predict that in order to keep their industry dominance and achieve higher results, “the Bitmain management team may need to improve their management of company resources. Once the company goes public, capital allocation decisions in this volatile and unpredictable market will be difficult enough, letting emotions impact too many investment decisions may not be tolerated.”

Perhaps, the giant will reconsider their target sum for the IPO due to revealed losses, and increased competition.