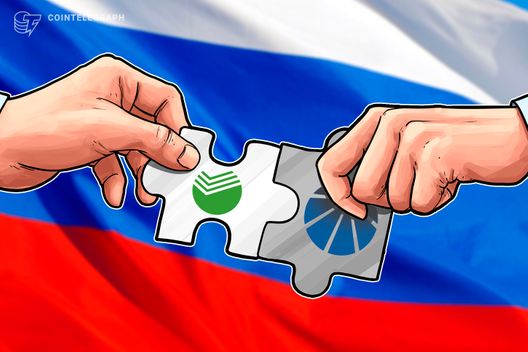 Technologies like blockchain form one of the focuses of a new partnership between major Russian bank Sberbank and energy giant Rosseti.

The latest step in Sberbank’s ongoing engagement with innovations such as blockchain, the institution and Rosseti will work together on a raft of projects, including accelerators, education, research trials and exchange of expertise.

Sberbank will also dispatch a consultant to Rosseti with the aim of “increasing the efficiency of its current operations and performance.” The energy company will also get access to a bank of “innovative laboratory developments” and products from the Sberbank ecosystem.

“The strategic partnership between Sberbank and Rosseti in the innovative growth field allows both companies to use the very latest technologies to transform their business and client satisfaction,” Sberbank CEO Herman Gref commented.

While the legal landscape surrounding cryptocurrency – its usage, mining and other activities – remains an uncertain gray area in Russia ahead of formal regulations becoming law, the government has pledged full support for blockchain.

Since its first government-level implementation of the technology in December 2017, various initiatives continue to surface from the country’s most influential entities.

For its part, Sberbank was one of a two-party initiative to launch Russia’s first cryptocurrency investment fund in July, having previously signalled interest in launching cryptocurrency trading for clients at its Swiss branch.