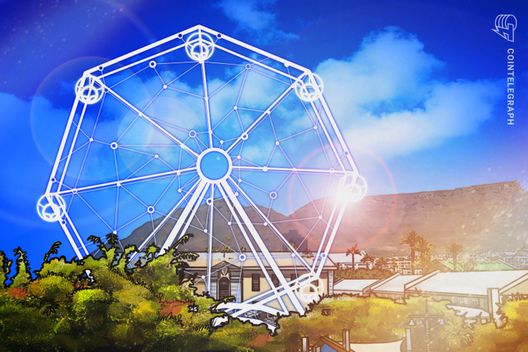 Blockchain and cryptocurrencies have proliferated the minds of millions across the world, as trading and crypto asset ownership continues to rise.

In the same breathe, many countries across the world have taken a tough stance against cryptocurrencies in particular. Some, like China, have outlawed their use, while others like Malta are at the forefront of cryptocurrency and blockchain development.

In an African context, this sector is slowly growing. At the southern end of the continent, South Africa sits in an interesting position. As one of the bigger economic hubs of Africa, it has the potential to lead the way in terms of blockchain development and cryptocurrency adoption.

With that being said, it’s worth considering what the current climate is like in the country and what efforts are being made to drive innovation and acceptance of this burgeoning new industry.

Cryptocurrency trading has become immensely popular over the past two years — as was demonstrated in the latter half of 2017, when Bitcoin and a number of altcoins cruised to all-time highs.

During this period, plucky investors flocked to the market in the hopes of cashing in on a spiralling bull run that made many early investors substantial sums of money.

Across the world, cryptocurrency exchanges were inundated with new users looking to open up accounts and get their hands on the increasingly valuable Bitcoin and the like.

Some people made massive profits while others were left watching their investments decline in value during the resulting correction. That didn’t change the fact that the tax man wanted his pound of flesh from those that had cashed in their profits.

This was the case in South Africa, where the South African Revenue Services (SARS) made it clear to registered taxpayers that they would be liable to pay tax on cryptocurrency gains.

How crypto is classified in South Africa

As the SARS pointed out, the word ‘currency’ is not defined in the Income Tax Act. It’s important for people to understand this because it means that cryptocurrencies themselves are not taxable.

However, the value of a given amount of cryptocurrency can be valued in South African rands, and any income received or accrued from cryptocurrency trading can be taxed under the laws of gross income.

Simply put, South Africans that are actively trading cryptocurrency will be liable to pay tax on any income made.

In a South African context, the use of cryptocurrencies is legal. There are no laws governing the sector although the South African Reserve Bank (SARB) is monitoring the situation.

The Reserve Bank issued a white paper outlining its views on cryptocurrencies in 2014. The institution does not recognize any cryptocurrency as legal tender.

In South Africa, the Reserve Bank has the sole right to issue and manage money, in the form of bank notes and coins. As such, cryptocurrencies fall outside the jurisdiction of the Reserve Bank.

“Given the current landscape and information currently available, the Bank contends that VCs pose no significant risk to financial stability, price stability or the National Payment System.”

Given that the SARB’s first report on cryptocurrencies is nearly 5 years old, the institution has since launched a Fintech task group that will handle cryptocurrency and fintech developments in the country.

As it was the case around the world, investor protection has been a big concern amid the inherent risk of investing in cryptocurrencies and initial coin offerings (ICOs).

This self-regulatory body will be allowed to set up its own rules and directives, while looking to balance crypto and blockchain development in the country with risk prevention.

In the initial announcement in April 2018, SARB director of banking practice Bridget King said a major hurdle has to do with timelines and the dangers of imposing regulations that could stifle the growth of the sector:

“Regulating cryptocurrencies prematurely could have the negative consequence of throttling the growth and innovation of the industry. In addition, if laws are drafted based on existing technology, which is still in its growth phase, there is a risk that the technology may have moved so much by the time the legislation is enacted, that the legislation is obsolete or requires updating almost immediately to align with the latest technology.”

In May 2018, the SARB made it clear that it still doesn’t classify cryptocurrencies as money. Deputy Governor of the bank, Francois Groepe, explained the reasoning behind their classification and choice of terminology:

“We don’t use the term “cryptocurrency” because it doesn’t meet the requirements of money in the economic sense of the stable means of exchange, a unit of measure and a stable unit of value. We prefer to use the word ‘cyber-token’.

This is part and parcel of why the SARB created its Fintech task group. Groepe said the bank wants to make sure that cryptocurrencies, and their trade, are still adhering to South African laws:

“We want to ensure or establish whether there is still compliance with the relevant financial surveillance or exchange-control regulations.”

In addition to establishing this regulatory body for the South African crypto industry, the SARB has also forged ahead with a proof of concept for a blockchain-based payment system.

Project Khokha has been tested and in June 2018 a report was released. The system was built using JPMorgan’s Quorum platform, and providing participating parties actual experience using blockchain technology in a safe, test environment.

According to the report, the daily volume of the South African payment system could be processed in less than two hours. Along with this, transactions would remain completely confidential and would be completely settled.

Transactions were processed within two seconds by a network of nodes in different locations using distributed consensus. Furthermore, the SARB was able to view the details of transactions, ensuring regulatory oversight for their own purposes.

The project was mainly aimed at giving the SARB and various participants a first hand look at how blockchain technology could help streamline payments systems.

While no official, blockchain-based payment system has been launched from the proof-of-concept, the exercise has provided first-hand experience of the capabilities of  distributed ledger technology and how it could possibly improve the current South African payment system:

“One objective of Project Khokha is to provide a better understanding of how South African Multiple Option Settlement (SAMOS) system would integrate with a DLT system. The intention is not to consider changing the approach with the SAMOS replacement, but to provide input to that project.”

Regulation is somewhat of a double-edged sword. It has the power to both promote and nurture, as well as stifle and strangle. When it comes to cryptocurrencies, the second scenario is a real concern.

This is why, in a South African context, a slow and methodical approach to cryptocurrency regulation is a definite positive. As King suggested above, rushing to regulate prematurely could hamper the development of the industry in the country.

If anything, South Africans should be encouraged by the SARB’s Fintech working group and the outcome of Project Khokha’s report on the uses of blockchain-based payment systems.

While we may not see any clear cut legislation or regulation on the sector soon, the fact that the SARB is making a concerted effort to research the possibilities of blockchain technology is positive.

Cointelegraph has reached out to the South African Reserve Bank for comment – and is awaiting an official reply.