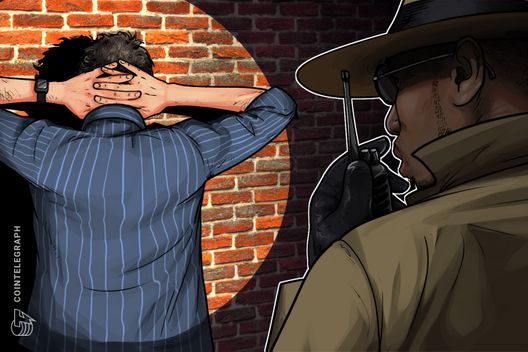 A man in China has been been sentenced to 3.5 years in jail for stealing about $15K worth of power from a train station to mine Bitcoin, local media reports.

A man in China has been been sentenced to three and a half years in jail for stealing power from a train station to fuel his Bitcoin (BTC) mining operations, local media outlet The Paper reports October 8.

According to court documents released today, the sentencing was served September 13 at the Datong Railway Transport Court in China’s northern Shanxi province. In addition to jail time, the individual, a local named Xu Xinghua, has reportedly been fined 100,000 yuan (around $14,500).

Xinghua is said to have stolen electricity from one of the factories at Kouquan Railway back in November and December 2017 to power his 50 Bitcoin miners and three electric fans around the clock. The document states that five of the mining machines were damaged during this period.

In addition to imprisonment and a fine, the court has ordered Xinghua to cover the cost of the electricity charges and has confiscated his mining equipment, The Paper reports.

Charges of a similar nature are not unprecedented in China. In June, a man in China’s Anhui province was arrested for attempting to steal electricity to fund his reportedly “unprofitable” mining operations. The suspect was said to have stolen 150 megawatt (MW) of power to fuel two hundred computers that he used to mine both Bitcoin and Ethereum (ETH) – running a bill of over 6000 yuan ($930) daily.

With the country established as a crypto mining superpower due to its abundance of cheap energy and hardware, reports surfaced at the start of this year that Chinese authorities were poised to attempt to quash the industry.

A leaked memo from the People’s Bank of China (PBoC) to a top-level government internet finance regulator reportedly stated that Bitcoin miners should make an “orderly exit” from the country due to them sapping “huge amounts of resources and stok[ing] speculation of virtual currencies.”

The regulator is said to have subsequently ordered local authorities to wield all available means in their arsenal – including “measures linked to electricity price, land use, tax, and environmental protection” – to pressure miners to cease their operations.