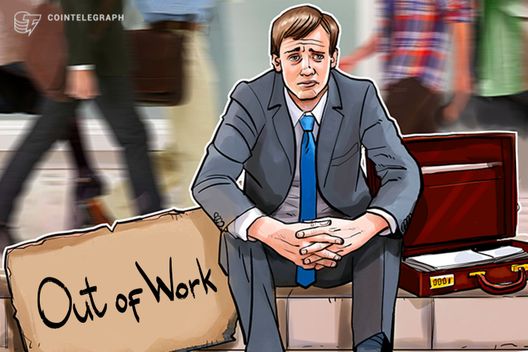 U.K .digital currency exchange Coinfloor is reportedly laying off the greater part of its staff amid a “business restructure.”

Coinfloor is a London-based digital currency trading platform founded in 2013. Coinfloor is reportedly the oldest crypto exchange in the U.K. and is focused on institutional and sophisticated investors. According to CoinMarketCap, Coinfloor’s daily trading volume is around $1 million at press time.

“Coinfloor is currently undergoing a business restructure to focus on our competitive advantages in the marketplace and to best serve our clients. As part of this restructure, we are making some staff changes and redundancies.”

Nwosu told Financial News that the exchange has traded $1 billion in Bitcoin (BTC) in the past 12 months.

Last month, there were rumors that crypto exchange Kraken was slashing staff in its unit in Halifax, Canada. However, the exchange subsequently denied the rumors, stating that “we can confirm that we are not shutting down any operations in any specific place…”

News and rumors of layoffs in the crypto space follow a bearish market this year. In the first quarter of 2018, the crypto market fell following the Bitcoin (BTC) price slump by nearly 70 percent from its mid-December 2017 peak of $20,000.

At press time, BTC is trading at $6,681, up 1.56 percent on the day and almost 7 percent over the last month, according to Cointelegraph’s Bitcoin Price Index.