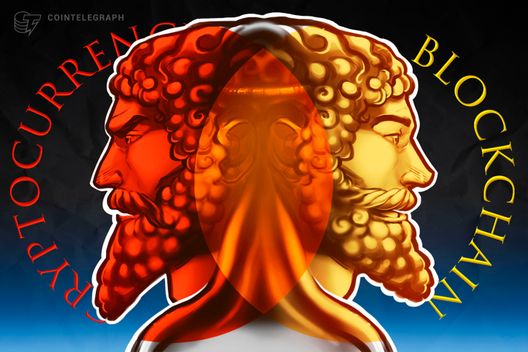 Mastercard has been awarded a patent for a method to partition a blockchain, making it capable of storing multiple transaction types and formats.

Mastercard has been awarded a patent for a method to partition a blockchain, making it capable of storing multiple transaction types and formats. The patent filing was published by the U.S. Patent and Trademark Office (USPTO) on Oct. 9.

The document explains that in current blockchain systems, the transaction records stored in the different blocks that comprise a blockchain are “often required to be of the same format and include the same types, and sometimes even sizes, of data.”

This means that any entity that wants to use multiple types of blockchains — whether ones that support different cryptocurrencies, or ones with varying degrees of permissioned or open access — is forced to operate many different blockchains at once.

Mastercard notes that this consumes “significant” resources and computing processing power, which is the impetus for finding an alternative solution.

The patent proposes that using a “partitioned blockchain” could resolve this problem, outlining the particulars of how block-generation and transaction data storage would work in the prospective system. It coins the term “subnet” for the proposed partitions, which would be internally consistent but would interact in a wider, single system.

As previously reported, Mastercard has filed a high number of blockchain-related patents. This summer, the company proposed a new method for linking assets between blockchain-based and fiat currency accounts, based on using a public (permissionless) blockchain. In the spring, it filed a patent for a system to speed up the activation of new nodes in a blockchain, as well as for a blockchain system to combat identity theft.