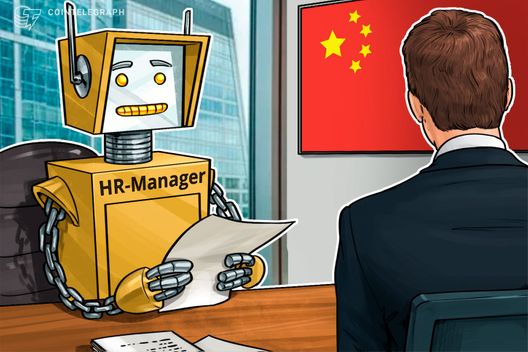 The Chinese central bank has opened four job positions that require crypto-related skills, shortly after a report on the advantages of a yuan-backed stable coin.

The Chinese central bank, the People’s Bank of China (PBoC), has opened four positions for crypto-related professionals, according to a document published Wednesday, Oct. 10 on the bank’s website.

Per the paper, PBoC is seeking two engineers at their Digital Money Institute with experience in blockchain and cryptography, security, and chip design. The bank wants the engineers to develop a secure big data platform and a chip processor that would allow crypto transactions.

The engineers will be responsible for digital currency related software systems, encryption technology and security models, as well as transaction terminal chip technology research and development.

PBoc is also seeking experts in economic law and finance who will be responsible for legal research, the analysis of economic mechanisms, risk management, and policy research on “legal digital currency.”

The move comes shortly after an op-ed published by CN Finance — a local finance journal affiliated with the PBoC — where the bank’s experts describe the recently launched USD-backed stablecoins that they claim could negatively influence other fiats, such as the yuan. The experts further stated that China should evaluate launching its own yuan-backed stablecoin while keeping the current ban on cryptocurrencies.

The Chinese government first opposed cryptocurrencies back in 2017, when all of the country’s cryptocurrency exchanges were closed and Initial Coin Offerings (ICO) banned. Later PBoC repeatedly issued warnings on risks of crypto trading.

After the ban, China has focused on blockchain solutions. This autumn PBoC announced the launch of a blockchain trading and finance platform in Shenzhen. The network will also spread to Guangdong, Hong Kong, and the Macau Bay Area and allows cross-border trading. An official blockchain pilot zone was later established in the Hainan province within a dedicated tech park.