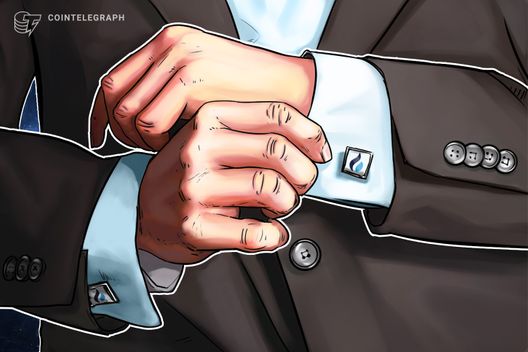 HBUS, the U.S.-based “strategic partner” of sixth largest crypto exchange Huobi, has hired a new Chief Compliance Officer (CCO). The company has revealed this in a press release shared with Cointelegraph Oct. 11.

Before her work at Intuit, she worked over seven years at “Big Four” auditor PricewaterhouseCoopers (PwC), five years of which she spent as compliance director, according to her LinkedIn profile.

According to the press release, Monroe-Coleman has spent over 15 years in the compliance sector in total, with a focus on fintech and financial services. At Intuit, she is said to have developed and implemented the anti-money-laundering (AML) compliance programs for Mint, and to have directed the money transmission licensing strategy for Intuit’s regulated payments products.

Monroe-Coleman’s statement emphasized that she is “a compliance professional in an industry that does not always embrace regulation.” However, she emphasized the firm would ensure its operations were “safe and secure” for crypto trading in a “fully compliant” manner.

As previously reported, HBUS is headquartered in San Francisco, and was established by Huobi as its “strategic partner” U.S.-based digital assets marketplace this June.

As it vies with rival crypto exchanges Binance and OKEx, Huobi has been actively diversifying its investment products and services and expanding worldwide. Alongside the HBUS venture, the firm has recently bought a majority stake in Japanese FSA-licensed crypto exchange BitTrade, as well as acquiring a controlling stake in Hong Kong exchange publicly-listed Pantronics Holdings this September.

Earlier this year, Huobi launched a South Korean subsidiary, and opened an office in London, with over-the-counter (OTC) trading tests slated to begin in Q3 this year.

Huobi has seen $415.3 million in trades over the 24 hours to press time, according to CoinMarketCap: HBUS has seen around $1.5 million over the same period.