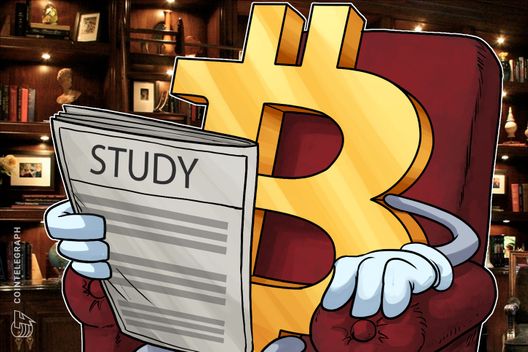 A recent study by Chainalysis states that Bitcoin whales do not make markets more volatile.

A new study by blockchain research firm Chainalysis shows that Bitcoin (BTC) whales are not responsible for price volatility. The study examined the 32 largest BTC wallets, which reportedly represent 1 million BTC, or around $6.3 billion.

BTC whales are individuals or entities that own large amount of the cryptocurrency and are said to exert influence on the market volatility. However, Chainalysis’ data reveals that BTC whales are “a diverse group, and only about a third of them are active traders. And while these trading whales certainly have the capability of executing transactions large enough to move the market, they have, on net, traded against the herd, buying on price declines.”

In the course of the research, the firm divided the 32 wallets into four groups. The most active category consists of nine wallets belonging to traders, who regularly conduct transactions with BTC on exchanges. This group of BTC owners controls more than 332,000 coins, worth over $2 billion, but only one-third of it actively trades BTC. Most of these traders reportedly entered the market in 2017.

The second group is represented by miners and early adopters, which include 15 investors also holding a total of 332,000 coins. The trading activity of this group is reportedly “extremely low,” although the report states that many of them made significant divestments from 2016–2017 when BTC prices soared.

The two remaining categories include three wallets of “criminals” with over 125,000 coins and $790 million in asset value, and “lost” wallets representing over 212,000 coins worth about $1.3 billion. The study found that since 2011, there have not been any transactions from the “lost” wallets at all.

The analysis of the trading whales found that they do not intensify volatility, as during the major declines in 2017 and 2018 thay were net buyers of BTC. The study further reads:

Back in December 2017, following the BTC price surge to $19,000, the community became concerned about what would happen if 1,000 people owning 40 percent of all existing BTC cash it out simultaneously.  A coordinated strike by a host of whales, selling off enough coins to cause a glut in the market, could sink prices to the advantage of certain traders.

Kyle Samani, managing partner at Multicoin Capital, said then that he “think[s] there are a few hundred guys. They all probably can call each other, and they probably have.”