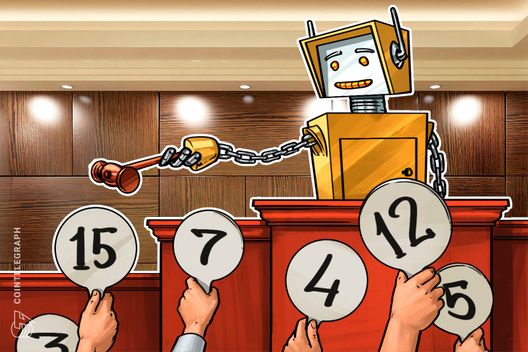 Blockchain is coming to one of the world’s best-known auction houses this month in a trial by Christie’s.

Christie’s, the auction house with a history going back over 250 years, has announced a pilot scheme to use blockchain for auction data.

The result of a partnership with blockchain art startup Artory that was revealed Thursday, Oct. 11, the Christie’s will use the technology to provide details and certificates of purchases to buyers.

The plans, it says, were “timed to coincide” with the upcoming $300 million sale of U.S. modernist art in London and Los Angeles this month.

Explaining the impetus behind the scheme, Christie’s CIO Richard Entrup said it provided a chance for “clients to experience this technology for themselves and to explore the advantages of having a secure encrypted record of information about their purchased artwork.” He added:

“Our pilot collaboration with Artory is a first among the major global auction houses, and reflects growing interest within our industry to explore the benefits of secure digital registry via blockchain technology.”

Blockchain will allow the auctioneer to provide a “permanent digital record of relevant information” about each sale, with the buyer having a registration card to access it.

Artory CEO Nanne Dekking meanwhile said there was a “broader desire within the industry to embrace new technologies.”

The traditional art world has been relatively slow to embrace technological innovation, despite projects such as a pioneering Andy Warhol “cryptocurrency art auction” in June.