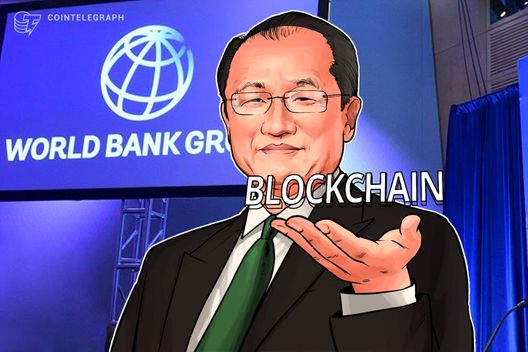 The president of the World Bank Group Jim Yong Kim has stated that distributed ledger technology (DLT) has “huge potential” and that the bank should keep pace with innovative technologies. Kim spoke at the International Monetary Fund (IMF) and the World Banks’ Annual Meeting in Bali, Indonesia Oct. 11.

Kim addressed the importance of fighting poverty while boosting prosperity, pointing out that “there are innovations in the technological world that can help us leapfrog generations of bad practice, generations that would take forever in terms of reducing corruption.” Kim said:

“We talked about cryptocurrencies, but we think distributed ledger has huge potential and we issued the first blockchain bond in August, where we created, allocated, transferred and managed the entire bond through blockchain technology.”

Kim further noted that the deployment of blockchain helped the group reduce paperwork and costs, adding that it is “something that can be extremely helpful” in the future. He admitted, however, that the bank has not been keeping up with all the latest developments, particularly in a way that would help their customers take advantage of the “great things that are coming out.”

According to Kim, the World Bank’s goal is to develop universal access to financial services by 2020 which, in his opinion, will not happen without deeper engagement with the technology world.

As previously reported, the World Bank and the Commonwealth Bank of Australia (CBA) issued a public bond exclusively on a blockchain. The $73.16 million deal entails two-year bonds that reportedly settled Aug. 28 and have been priced to yield a 2.251 percent return.

Following the positive results of the blockchain-platform, Arunma Oteh, a treasurer at the World Bank, stated that the bank “will continue to seek ways to leverage emerging technologies to make capital markets more secure and efficient.”

Notably, the World Bank President has previously expressed criticism towards digital currencies. Speaking with CNBC in October last year, Kim shared his bullish views about blockchain technology, while noting the risks of blockchain derivatives like Bitcoin. He stated then:

“Blockchain technology is something that everyone is excited about, but we have to remember that Bitcoin is one of the very few instances [of blockchain’s use in currency]. And the other times when blockchain was used they were basically Ponzi schemes, so it’s very important that if we go forward with it, we’re sure that it’s not going to be used to exploit.”