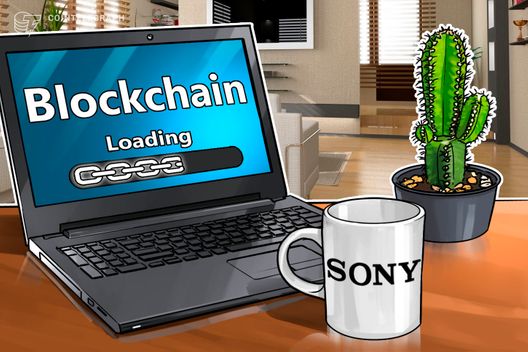 Japanese technology multinational Sony revealed it is working on a blockchain-powered extension of its digital rights management system Monday, Oct. 15. The project is a joint endeavor with both Sony Music Entertainment Japan and Sony Global Education.

The as yet unnamed project — the commercialization of which is currently being “considered” — specifically targets “managing rights-related information of written works.”

The announcement comes around a year after Sony announced its original blockchain product for education data, when it partnered with fellow technology giant IBM.

The press release notes that this “new system” is built off of Sony and Sony Global education’s previously developed system for “authenticating, sharing, and rights management of educational data, and additionally features functionality for processing rights-related information.”

“But the rights management of that content is still carried out conventionally by industry organizations or the creators themselves, necessitating a more efficient way of managing and demonstrating ownership of copyright-related information for written works.”

The convoluted process of protecting digital rights from falsification has led to various blockchain projects being developed, each targeting a slightly different niche within the larger sphere.

The exact nature of the blockchain to be used by Sony, meanwhile, remains unclear, with the company describing the technology more generally as a way to “record verifiable information in a difficult to falsify way.”

“Sony Group is also considering innovative ways to make use of blockchain technology for information management and data distribution in a host of different fields,” it added.

In August, the U.S. Patent and Trademarks Office (USPTO) released two Sony patents that had been filed for boosting blockchain-based ecosystems.