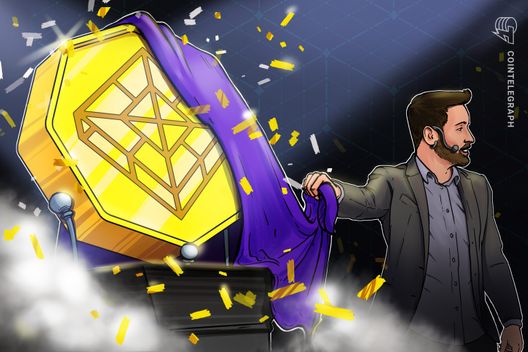 A startup has shunned ICOs and launched a platform designed to make paying in crypto as easy as contactless cards without external funding.

The team behind a new cryptocurrency platform designed to transfer the way consumers and businesses are paid, says it is putting its money where its mouth is – and has managed to launch without the need for an initial coin offering (ICO).

BLOC argues that too many ICOs have been popping up in the crypto world – disappointing users by failing to offer real products at their conclusion. By contrast, the startup says its platform already boasts “an exclusive set of mining tools, world-first features, and an unrivaled ecosystem to connect buyers and sellers.” The upbeat company has a “strong belief” in its no funding strategy, saying: “If we make a cool product, the value will create itself.”

The buzzwords BLOC uses to describe itself are “fully decentralized, secure, private, fungible, fast, and egalitarian.” It wants to help the crypto world shake off its image of only being suitable for investment by enabling individuals to use coins, as they would any other type of cryptocurrency.

QR codes would be one of the driving factors in making this happen, enabling consumers to offer it for scanning whenever they want to pay a merchant. BLOC says that these transactions would be processed instantaneously – offering security, not dissimilar, from contactless payments.

BLOC says that its platform is going to be open to developers, enabling companies to build their own products and engage with clients in a tailor-made way. Ideas proposed in its white paper include loyalty programs and automated regular payments.

A busy time since launch

The company takes pride in the milestones it has achieved so far without the need of an ICO over a five-month period. As well as developing a BLOC crypto wallet for Windows, Mac, and Linux, it has created a bot and successfully translated its ecosystem into three languages: French, Russian, and Chinese. Mining pools are online in North America, Europe, and Asia, the platform for developers launched, and an “innovative dashboard” has been introduced. As of October, the crypto wallet has also been made available for iPhones through the App Store.

BLOC says it has made efforts to dismantle some of the barriers to entry for mining by ensuring that anyone – whether they have hi-tech hardware or a humble smartphone – can mine BLOC.money “with the same probability of coin reward, in what it describes as a “true egalitarian proof of work.”

Changing the way we are paid

One of the concepts BLOC has unveiled is PAYCHANGE, which aims to take advantage of the popularity of contactless payments by encouraging cryptocurrencies to be used instead of conventional credit and debit cards. It hopes to integrate into standard payment methods including Apple Pay – “creating bridges between the real world and cryptocurrencies.” In order to educate the public and fuel widespread adoption, PAYCHANGE plans to launch physical stores around the world for the “hassle free” purchase of cryptocurrencies – and provide visitors with the courses they need to understand more about how the technology works. From here, they would have the chance to purchase the accessories they need to make the most out of their crypto.

In a sign of how ambitious BLOC is, it has also created TRAAKX, which aims to “revolutionize the sport talent management system using advanced hardware to track and record the activity of an athlete.” This would enable members of the public to financially support their favorite athletes, and give up-and-coming stars the encouragement they need to thrive. Over time, the startup believes that tokenization of sports will help create a much-needed boost for the sector – enabling audiences to grow and new stars to be discovered.