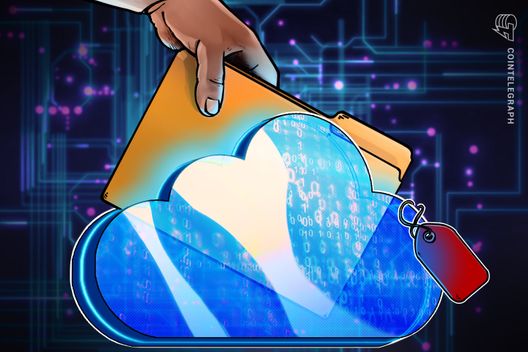 The as-yet officially unconfirmed “partnership” between TRON and Chinese search titan Baidu will reportedly center on cloud computing, not blockchain.

The unconfirmed “partnership” between decentralized internet project TRON (TRX) and China‘s largest internet search provider Baidu will center on cloud computing resources, not blockchain, according to a report published by ODaily October 15.

The report, as cited and translated by local crypto news source CNLedger, states that Baidu Cloud and TRON have closed a deal to cooperate in terms of “basic cloud business”; it claims that both parties will work to maximize intercompatibility and “to build, operate and debug blockchain products” based on Baidu Cloud.

However, according to the report, the partnership remains focused on the purchase and use of Baidu’s basic cloud computing resources, rather than being a connection “at the blockchain business level.”

Furthermore, ODaily reports that Baidu separately has plans to release its so-called “Blockchain Commercialization Super Partner Plan v1.0,” which reportedly focuses on tech exploration and revenue sharing with “commercial super partners” to build a blockchain ecosystem that is “mutually beneficial.”

As previously reported, Baidu released a white paper focused on the development of its ‘Super Chain’ network system in late September, which introduced the idea of commercializing the Baidu cloud blockchain BaaS platform.

ODaily’s report appears to add further details – while notably not yet officially confirmed – to last week’s reports about a forthcoming TRON-Baidu “partnership,” citing private correspondence with the TRON team at the time.

On Oct. 12, TRON CEO Justin Sun hinted on Twitter at a secret partnership with an unnamed “industry giant” that is valued at “tens of billions of dollars,” although he coyly provided scant details: