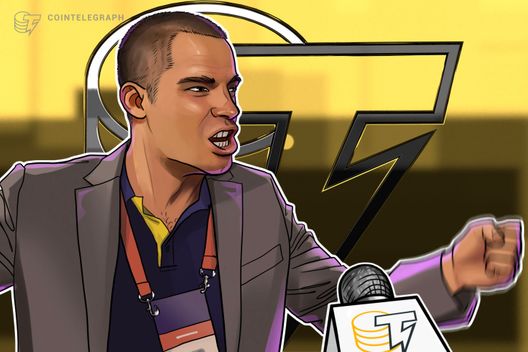 Former ‘Bitcoin Jesus’ Roger Ver talks about becoming a Bitcoin Cash believer, the future of cryptocurrencies and why the U.S. is the worst place for doing business in crypto.

The interview has been edited and condensed.

Roger Ver is one of the most famous personas in the crypto industry. He calls himself “the first investor into the crypto industry,” being involved with it since 2011. Studying computer science and economics “as a young man” helped him understand the technology behind Bitcoin.

“There was absolutely no doubt in my mind that people were going to start using it as money. And like anything, the price is set by supply and demand.

“Because the supply of Bitcoin was limited, as more and more people demanded to start using it as money, the price would have to go up and go up a lot.”

Roger was seen as the “Bitcoin Jesus,” strongly advocating for the Bitcoin Core philosophy, until November 2017, when he proclaimed that Bitcoin Cash was “the real Bitcoin,” with “bigger market cap, trade volume and user base in the future.”

Why did he do that?

“But I’m someone who wants to enable every individual everywhere on the planet to be able to send or receive money with anyone else instantly, for free and [without the] need [of] permission from anybody else. A peer-to-peer store of value doesn’t enable that, Bitcoin Cash does.

“If you look at it objectively, Bitcoin Cash is the same version of Bitcoin described in the Bitcoin white paper.

To watch the interview go here:

Catherine Ross: A lot of people considered you the so-called Bitcoin Jesus. Right now, it might look like you have chosen another path. So how would you respond to that?

Roger Ver: I think anybody [who] thinks that I’ve chosen another way should stop [doing it] and look at the situation more deeply. I [have] the exact same speech about Bitcoin that I have been giving since 2011. And that speech that I have been giving since 2011 is still completely true about Bitcoin Cash. It is no longer true about the version of Bitcoin that everyone is calling ‘Bitcoin’ [now].

So that means I am promoting the same version of Bitcoin. And the thing that has the ticker symbol ‘BTC,’ it is Bitcoin in [the] name only, its essence is no longer Bitcoin.

But in Roger’s opinion, even Bitcoin Cash is not a perfect version of peer-to-peer cash, and there’s “always room to improve anything in the world.”

Does that mean we might see some other cryptocurrency overtake Bitcoin and Bitcoin Cash?

“Maybe. There is a 1,001 [*2,079, at the press time] different cryptocurrencies out there competing for market share. And at the end of the day, that is a good thing.

“And Bitcoin — BTC — is not guaranteed to be the winner in the end. Neither is Bitcoin Cash. And if something better comes along, [something] that brings more economic freedom to the world and has the ability to give more people more control of their own finances, I will gladly promote that.

“I am going to promote whatever I think is the best tool to bring more economic freedom to the world.

CR: I saw your recent tweet about regulation. There are a lot of jurisdictions that tend to accept crypto or be very friendly toward blockchain and cryptocurrency ecosystems…

RV: New York is not one of them.

CR: Do you think the United States has a fair regulatory framework in the space?

RV: No, it’s not fair. [The government officials] literally have secret undercover government agents going on LocalBitcoins, trying to buy Bitcoins from people. And when they sell them the Bitcoins, they arrest the people and toss them in jail for years. This is madness! And this needs to [be] stopped.

It is madness [that is] happening in the U.S.!

Shame on the U.S. for doing that sort of thing! No civilized country would lock people in jail for years for selling Bitcoin to another person who wants to buy it because they didn’t get permission from some politician.

CR: Do you mean that the U.S. is not suitable for doing business in crypto?

RV: Man, you are living on the edge [by] doing business in the U.S. — when it comes to cryptocurrency. You are living dangerously to do so.

CR: And where is the most friendly ecosystem in the world [for crypto]?

RV: Malta is definitely toward the top of that list — it is not at the very top, [though].

[There are] countries that have the most economic freedom around the world — Singapore, Hong Kong, Switzerland, Malta, Cyprus.

You are living on the edge [by] doing business in the U.S. — when it comes to cryptocurrency.

The U.S. is falling further and further down that list of countries with economic freedom around the world, and it is sad. As someone who is originally from the U.S., it is sad to see that.

CR: You’ve been in the industry for almost eight years now, what does the future look like for crypto and blockchain?

RV: The future is more and more adoption, more usage, [and] more integration into the society that we live in around the world. And the regulations can only slow it down, but they can’t stop it.

*The interview took place during the Delta Blockchain Summit in Malta, Oct. 4, 2018