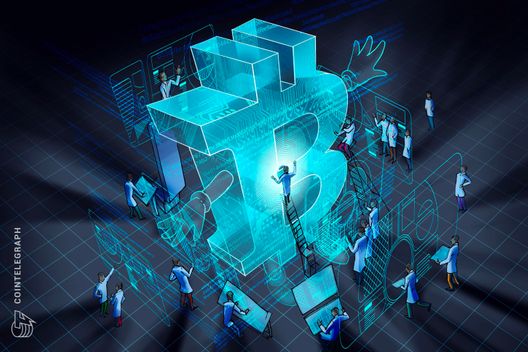 Speaking in an interview, co-CIO Joey Krug said that scalability improvements for Bitcoin (BTC) were essential to spark a shift in the deflated prices seen throughout this year. He told the network:

The comments came days after new developments on the institutional trading side of Bitcoin markets, with Fidelity Investments revealing it was testing a regulated custody solution for investors and hedge funds.

While reactions from finance figures such as Galaxy Digital’s Michael Novogratz were positive, the news failed to shift market sentiment or prices in Bitcoin.

For Krug, this is because sentiment requires signs of adoption of Bitcoin in the current climate, which in turn depends on capacity improving. To that end, however, the executive voiced doubts about Bitcoin itself “ever” being able to compete with payment networks Visa and MasterCard.

“I don’t know if that will ever happen for Bitcoin, but I do think we’ll see blockchains as fast as Visa or MasterCard within the next couple of years,” he continued, adding that such improvements could nonetheless spark “10x” price increases in two years’ time.

Developers continue to work on improvements for the number of transactions Bitcoin can handle, principally through off-chain solutions such as the Lightning Network.

The downturn in crypto markets since January 2018 has meanwhile meant Pantera has seen its fortunes tested in recent months, earlier in October releasing statistics showing its Digital Asset Fund was down over 40 percent since its inception.