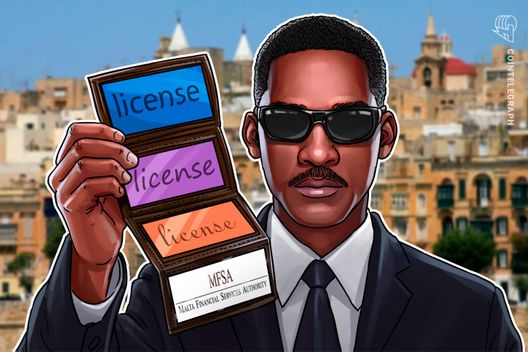 Almost two-thirds of those who took Malta’s cryptocurrency agent certification have failed, despite examiners’ last-minute changes to ease the marking scheme.

Since the Virtual Financial Assets Act (VFA) came into effect last November, the exam, as well as a training course, has been mandatory for all those looking to work as “agents” in the crypto sector.

“Agents” here refers to practitioners such as lawyers, accountants, and auditors who may want to liaise between Initial Coin Offering (ICO) operators, or other cryptocurrency vendors, and the island’s watchdog, the Malta Financial Services Authority (MFSA).

According to the Times of Malta, around 250 people took the exam, which entailed a series of multiple choice questions and was initially graded with “a negative marking scheme.” After recognizing the percentage of successful candidates was set to be “extremely low,” the examiners reportedly made a last minute decision to revise the assessment scheme. Nonetheless, the pass rate eventually transpired to be 39 percent.

The Times of Malta further reports that the assessment process, as well as the impromptu marking scheme change, has left many prospective practitioners “frustrated.” Alongside individuals, the VFA accreditation is required of any businesses seeking to provide crypto asset services, including investment advice or portfolio management; notably, it is essential for the compliant conduct of any ICO — through token issuance, sale, and trading — on the island.

The exam’s coordinator, the Institute of Financial Service Practitioners, has reportedly declined to comment on the matter.

The Times of Malta cites an MSFA “consultation document” reportedly from early September that is said to have stated it had “become evident that certain industry players are not sufficiently prepared to register as VFA agents,” advising of the “need to address an existing expectations gap, particularly in view of the inherent risks of this sector.”

Due to this, the watchdog reportedly proposed introducing higher capital requirements and regulatory fees as part of its VFA assessment, alongside mandatory “continuous professional education” and the passing of the written certification.

Malta has earned a strong reputation for having a robust and transparent crypto regulatory climate, landing it the moniker of “Blockchain Island.” The VFA Act was passed in July 2018 as part of a broader crypto and blockchain regulatory framework that included the Digital Innovation Authority Act and the Innovative Technological Arrangement and Services Act.

Also in July, Cointelegraph reported that the world-renowned Chartered Financial Analyst (CFA) examination had added cryptocurrency and blockchain to the curriculum, as part of a new section called “Fintech in Investment Management” in its 2019 exam.