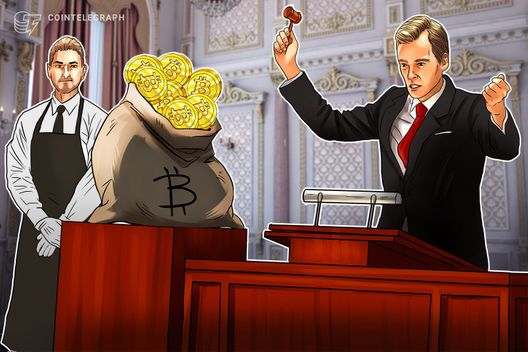 The bid, held by the USMS, will take place on Nov. 5, but the participants have to register themselves no later than Oct. 31 and deposit $200,000 in order to take part.

The auction is divided in two parts: the first is made up of six sets of 100 BTC, and the second with 60 BTC. Once a bid is set, the participants won’t be able to change it or to view other bids.

The agency states that Bitcoins for the bid were seized in various federal criminal, civil, and administrative proceedings, including cases involving Theresa Tetley and Tomas Costanzo.

Costanzo was prosecuted back in 2017 for money laundering and running an unlicensed money transmission business. Since then, he has been convicted of illegal possession of firearms as well as marijuana.

This is not the first BTC auction held by the U.S. Marshals: the previous two took place in January and March, selling over 3,800 and 2,100 coins respectively.