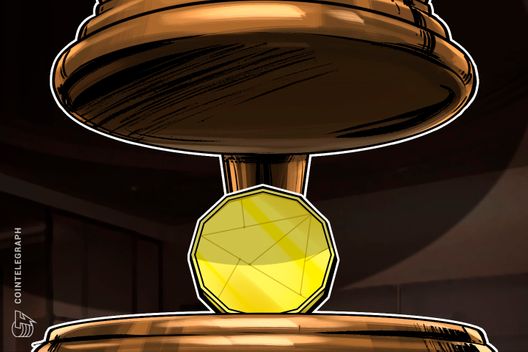 A New York federal court has ordered cryptocurrency hedge fund Gelfman Blueprint, Inc. (GBI) and its CEO Nicholas Gelfman to pay over $2.5 million for operating a fraudulent Ponzi scheme, according to an official announcement published Oct. 18.

GBI is a New York-based corporation and denominated Bitcoin (BTC) hedge fund incorporated in 2014. As stated on the company’s website, by 2015 it had 85 customers and 2,367 BTC under management.

The order is the continuation of the initial anti-fraud enforcement action filed by the U.S. Commodity Futures Trading Commission (CFTC) against GBI in September 2017. The CFTC charged GBI for allegedly running a Ponzi scheme from 2014 to 2016, telling investors that it had developed a computer algorithm called “Jigsaw” which allowed for substantial returns through a commodity fund. In reality, the entire scheme was a fraud.

Per the announcement, GBI and Gelfman fraudulently solicited over $600,000 from at least 80 customers. Moreover, Gelfman set up a fake computer “hack” to conceal the scheme’s trading losses. It eventually resulted in the loss of almost all customer funds.

James McDonald, the CFTC’s Director of Enforcement, said that “this case marks yet another victory for the Commission in the virtual currency enforcement arena. As this string of cases shows, the CFTC is determined to identify bad actors in these virtual currency markets and hold them accountable.”

Last month, the CFTC filed a suit with the U.S. District Court for the Northern District of Texas against two defendants for the allegedly fraudulent solicitation of BTC. Per the suit, defendants Morgan Hunt and Kim Hecroft were running two fraudulent businesses and misleading the public to invest in leveraged or margined foreign currency contracts, such as forex, binary options, and diamonds.