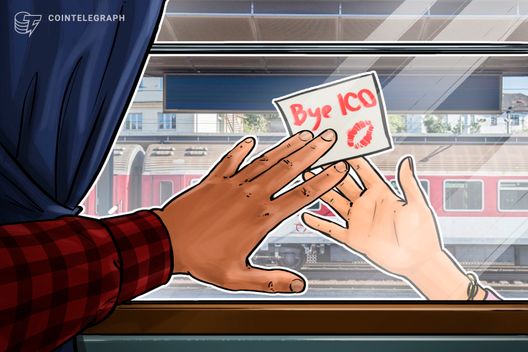 Big Four auditor EY’s report has found that 86% of 2017 ICO tokens are currently trading below their listing price, with 30% having lost “substantially all value.”

A new report published Oct. 19 by Big Four auditor Ernst and Young has found that initial coin offerings (ICOs) that raised capital in 2017 have done “little to inspire confidence” one year on.

The report, which is dedicated to what EY dubs the “The Class of 2017,” revisits the same projects the firm first analyzed back in Dec. 2017; the sample comprises over 141 “top” ICOs, representing 87 percent of total ICO funding that year.

One year later, EY’s statistics are stark: 86 percent of project tokens are reportedly currently trading below their listing price, with 30 percent having lost “substantially all value.” Overall, the report continues, “an investor purchasing a portfolio of The Class of 2017 ICOs on 1 January 2018 would most likely have lost 66% of their investment.”

Beyond investment returns, the auditor also analyzed the development of working products or prototypes, finding that at present, only 29 percent of studied projects had either – up just 15 percent from at the end of last year.

71 percent of projects have “no offering in the market at all.”

“Abandoning their ICO investors by de-emphasizing the role of their tokens [….] projects accepting fiat usually offer some benefits for token users, similar to points in traditional loyalty programs. However, users do not use utility tokens to store value. To use the platform, users have to purchase the necessary amount and incur related transaction costs and token volatility risk.”

EY continues to outline the apparent double bind that faces many projects; “[t]o become a means of payment, utility tokens have to be stable. If it remains stable, the token is of little interest to speculative investors.”

The auditor found that only ten ICO tokens have seen any gains, which it says are “mostly” in the blockchain infrastructure category; nonetheless, such growth has done little to counter the Ethereum (ETH) platform’s industry “dominance,” EY argues.

Paul Brody, global innovation leader for blockchain technology at EY, told The Globe and Mail in an interview, “this looks worse than we thought.” He compared the ICO landscape with the bleak fate of the late 1990s’ internet startups – in the latter’s favor. Brody singled out one dot-com era boom-and-bust casualty as an example: “At least from Pets.com you could get pets food, [t]hey had an actual working business… a product.”

As previously reported, data through Sept. 2018 corroborates that Ethereum remains the dominant platform for issuing tokens, with a share of almost 90 percent; some have observed this has left many ICO projects exposed to the altcoin’s market losses this year.

Conversely, others have argued that it is ICO developers themselves – who are cashing out their ETH holdings to spend on product development  – that have contributed to the price weakness in the 2018 Ethereum market.