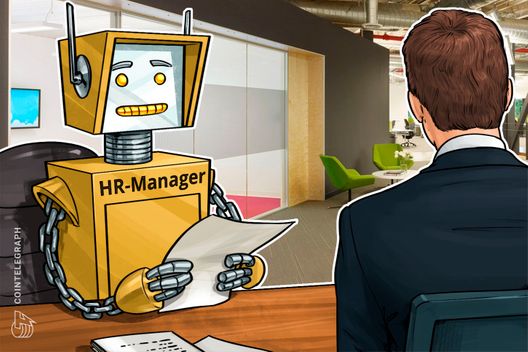 The average earnings of a blockchain engineer have soared to between $150-175,000 per year, according to a new report from online employment marketplace Hired.

The average earnings of a blockchain engineer have soared to between $150-175,000 per year, CNBC reported Oct. 21, citing Hired’s 2018 State of Salaries Report.

“There’s a ton of demand for blockchain. Software engineers are in very short supply, but this is even more acute and that’s why salaries are even higher.”

Hired, which has reportedly provided data for blockchain roles as of 2017, says demand since then has soared 400 percent, despite the wider cryptocurrency bear market.

CNBC notes the demand is further fueled by the interest of global tech giants such as  Facebook, Amazon, IBM and Microsoft, all of whom are currently advertising for specialists from the emerging sector.

Hired told CNBC that while many job listings are defined under more generic roles such as “back-end engineer,” “systems engineer” or “solutions architect,” these often specify blockchain as a “desirable” skill for applicants.

According to Hired, the report was compiled to encompass tech workers across thirteen global cities, based on over “420,000” interview requests alongside an optional demographics survey to include age and race data where possible.

An analysis published this August by recruitment firm Robert Walters indicated that the blockchain job industry has seen a sustained uptrend in Asia, while cryptocurrency-specific applications appear to wax and wane with volatile markets.