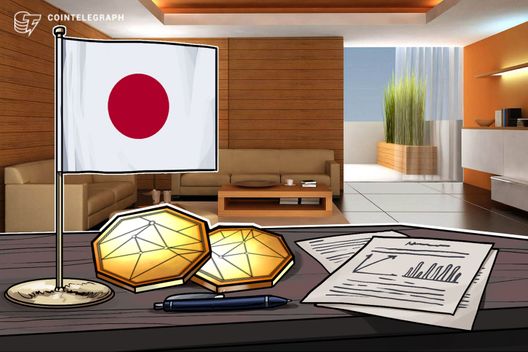 The FSA expects the self-regulatory body to set rules to protect customers’ assets, elaborate on anti-money-laundering (AML) policy, and give working guidelines to crypto exchanges.

An unnamed FSA official cited by Reuters thinks that experts from JVCEA could cope better with regulations than a government body, noting that “it’s a very fast moving industry. It’s better for experts to make rules in a timely manner than bureaucrats do.”

The self-regulation becomes effective immediately, starting Oct. 24, with the core rules and guidelines already published on the JVCEA’s website. The watchdog has 15 employees so far, but it plans to increase staff up to 20 people by November, according to Cointelegraph Japan.

The JVCEA was established in April 2018, consisting of the 16 companies that had registered as cryptocurrency exchanges. The group’s formation came after the January hack of more than $534 million of NEM from Japan-based crypto exchange Coincheck.

The JVCEA describes its duties as inspecting the security of crypto exchanges in the country, as well other specific tasks like assessing tokens issued in Initial Coin Offerings (ICO).

After the August hack of Japanese crypto exchange Zaif, which lost 6.7 billion yen ($59.7 million) worth of crypto assets belonging to both the company and its customers, the JVCEA announced stricter regulations for “hot wallets.” The organization also planned to establish a limit on the amount of digital currencies that could be managed online by any exchange.