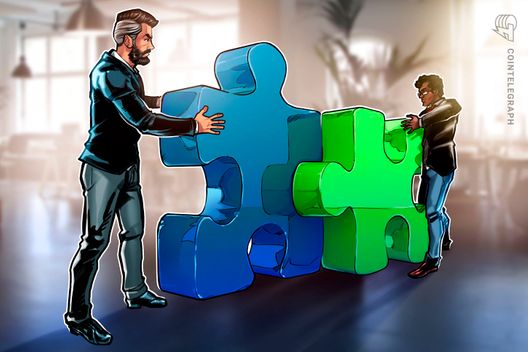 An 80 percent stake in crypto exchange Bitstamp has been acquired by Belgium-based investment firm NXMH in an “all cash deal.”

Cryptocurrency exchange Bitstamp has been acquired by Belgium-based investment firm NXMH in an “all cash deal,” Reuters reports today, Oct. 29.

Nejc Kodrič, CEO of the Luxembourg-registered exchange, reportedly revealed the deal had been closed Oct. 25, but declined to share the full terms. The CEO told Reuters that in 2016 Bitstamp was valued at $60 million, up from $39 million in 2014.

NXMH is a family investment holding firm which has over 2 billion euros in assets under management, and makes European consumer and tech investments. As per its LinkedIn profile, it has a “focus on majority buy-outs.” The firm is a subsidiary of Korea-based media giant NXC Corp., which bought a 65.19 percent stake in South Korean crypto exchange Korbit last year.

Reuters reports that notwithstanding the deal, Bitstamp and Korbit will be operated independently.

NXMH now has an 80 percent stake in Bitstamp, with Kodrič retaining his 10 percent ownership interest and staying on as CEO. NXMH has also reportedly obtained “part” of crypto hedge fund Pantera Capital’s $10 million stake in the exchange, which was acquired in 2014.

Kodrič’s co-founder, Damian Merlak, with whom he started Bitstamp in 2011, has reportedly sold all of his 30 percent stake in the exchange in the NXMH deal.

While Merlak has “not been active since 2015,” according to Kodrič, the two reportedly founded the exchange “out of a Slovenia garage,” with several laptops, one server, and a thousand euros in funds.

Kodrič is quoted by Reuters as saying that “the sale wasn’t planned. There was no active effort to go around and solicit buyers. The vibrant industry last year sparked potential interest from buyers to make a footprint in the industry. We started to get approached by buyers in the middle of last year.”

The CEO noted that while trading volumes have decline 60-70 percent this year, the platform has remained profitable due to the fact that cryptocurrencies are on average higher than they were for most of 2017.

Bitstamp is currently ranked the 47th largest crypto exchange on CoinMarketcap, seeing around $21,893,672 in trades in the 24 hours before press time. .